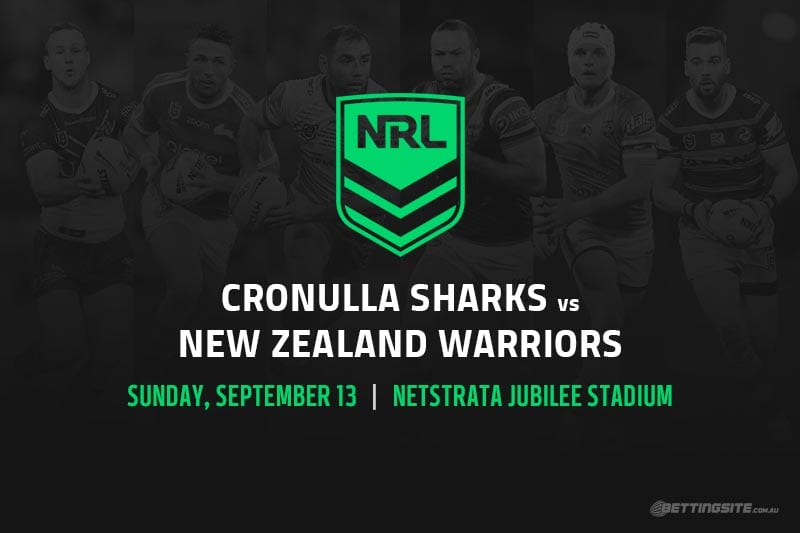 This game has the potential to be one of the most fun this season for neutral fans.

Supporters of rival clubs are known to partake in a bit of schadenfraude when the Cronulla Sharks aren’t going so well.

After their dismal effort against the Knights, they’ll be without Chad Townsend and Wade Graham for multiple weeks through suspension.

Shaun Johnson is a key inclusion for Cronulla, and he will be expected to pick up immediately from where he left off in round 14.

If he isn’t quite at his best, the New Zealand Warriors at the $2.45 price will be right in this game.

They gave Parramatta a huge scare last round, and they know that a win this week against the depleted Sharks would open up a big chance to steal eighth place.

The $3.75 on offer for a Warriors 1-12 win is definitely worth a crack, as the Kiwis have shown they will fight tooth and nail under interim coach Todd Payten.

Cronulla had a lot on the line last weekend and put in an absolute shocker, so there will be some bounce-back factor; however, even accounting for that, the Warriors are in this up to their eyeballs.

Peta Hiku produced one of the best games of his career last week, and the $17 on offer for him to score the game’s first try is certainly worth a flutter.

On the Cronulla side of the ball, Sione Katoa at $5 to score a double is an option that should be explored.

His combination with Johnson has provided the Sharks with plenty of joy, and you can guarantee they will do all they can to win that matchup.

As the rule goes with any Sharks game, Braden Hamlin-Uele at $31 needs to have a lazy two or three bucks thrown his way to score first.

Best bet for Sharks vs Warriors