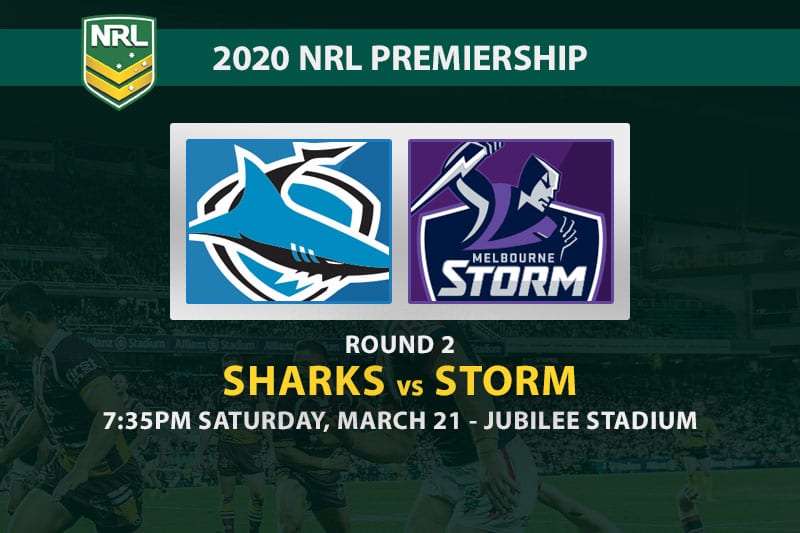 There is no love lost whenever the Cronulla Sharks and the Melbourne Storm meet in the NRL.

The Sharks almost completed a comeback for the ages against the South Sydney Rabbitohs last week, only for a forward pass to scupper their chances of a late equalising try.

The Storm did not have it all their own way against the Manly Sea Eagles, but Cameron Smith and company did enough to secure the points at Lottoland.

With Cronulla playing their home games at Kogarah this season, NRL betting sites are giving the visitors every chance to claim the points on Saturday night.

Bronson Xerri’s name is nowhere on the team sheet, Matt Moylan is still a few weeks away and Josh Dugan is listed among the reserves. Ronaldo Mulitalo copped a head knock against Souths but has been cleared to play.

Storm boss Craig Bellamy has made no changes to the 17-man squad that triumphed at Brookvale last week. Dale Finucane was a doubt after suffering a nasty blow to the head, but the NSW forward is named to start.

When the game broke open late at Lottoland, it was Suliasi Vunivalu who pounced to bag a brace of tries. Josh Addo-Carr is a huge threat from the other flank, but why look past a man in tryscoring form?

Sharks vs Storm NRL Round 2 predictions

The Sharks are missing some big names from their back half, so they might not have the firepower to match a Storm side that’s flush with weapons. Get on Melbourne to cover the line at Kogarah.