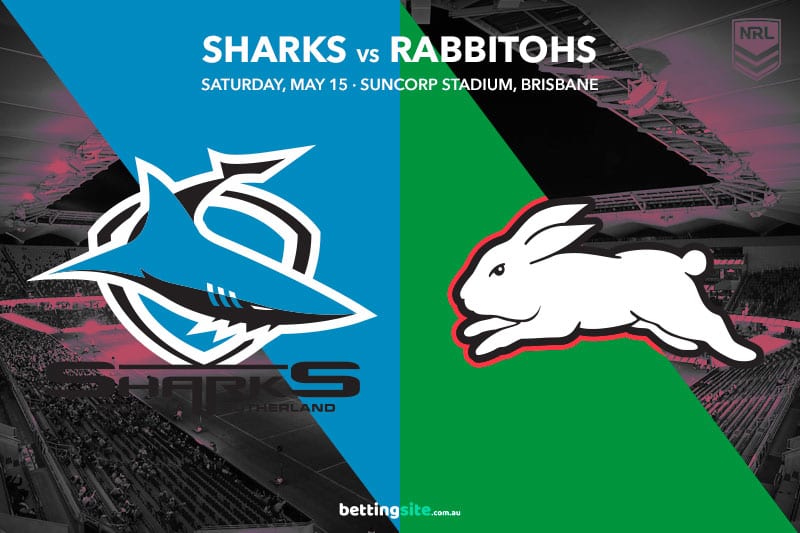 No two teams will have more to prove in the NRL’s Magic Round than the South Sydney Rabbitohs and Cronulla Sharks. The two sides lost by a combined 98-0 in round nine and will both view the trip to Suncorp Stadium in Brisbane as a chance to silence a few knockers. Souths are the $1.38 favourite despite the 50-0 thrashing only a week ago, but they simply have too much class across the park for Cronulla, who appear to be in free fall. The Sharks have given up 88 points in their last two games and have now lost five in a row. Just when will their fortunes turn around?

Surprisingly, the Cronulla Sharks have made just one change to a team that has conceded 40 points in back-to-back weeks. Have they given up on their season, or do they genuinely believe they are fielding the best team available? Jesse Ramien is set to miss the next six weeks with facial fractures, but a notable inclusion on the interchange in jersey no.17 is Andrew Fifita.

No Shark looked close to getting across the line last week, but after Josh Addo-Carr scored six down South Sydney’s right side, you would have to think that Connor Tracey is a red-hot chance to score. Wayne Bennett is sick of the Rabbitohs’ slow starts and will ensure Cronulla aren’t the first to get on the board, so Tracey’s $2.20 price in the anytime try market looks the way to go. Briton Nikora at $4 shapes up as a good value pick also. The +8.0 line is way too skinny and should be avoided.

Despite having a broken thumb, Adam Reynolds has returned earlier than expected at halfback for Souths, and his teammates couldn’t be happier to have him back. He seems all but certain to leave the club at the end of the season, and the loss last week will have boosted his stock immensely.

Alex Johnston is a crazy $6.50 to score the first try, and even at that low price he will still get the bulk of the money. Cody Walker at the $2 price to score at any time also feels like a great way to double your money; his career strike rate of just under 0.50 means he is just about due to cross. The Rabbitohs 13+ margin at $2.40 is too hard to resist, as they should bounce back in typical Rabbitohs fashion.

Chad Townsend was essentially hooked against the Panthers in round nine and Benji Marshall was defensively exposed against Melbourne, so how do both men bounce back? Townsend has Matt Moylan breathing down his neck on the bench, and there could well be some shenanigans with line-up changes in the pre-game warm up, but one has to assume he is starting, in which case he is going to have to be at his organising best for the Sharks to get close to winning. Marshall will return to his bench role next week when Latrell Mitchell has served his suspension, but he still has a huge part to play if the Bunnies are to get the chocolates up at Suncorp Stadium.

South Sydney should prove way too strong and get the win at the 13+ margin. They’ve won 15 of their last 16 games as the favourite, and it’s hard to back against that kind of form.

Souths 13+ with Alex Johnston to score the first try and Cody Walker at any time gives you $22.50 at Sportsbet.