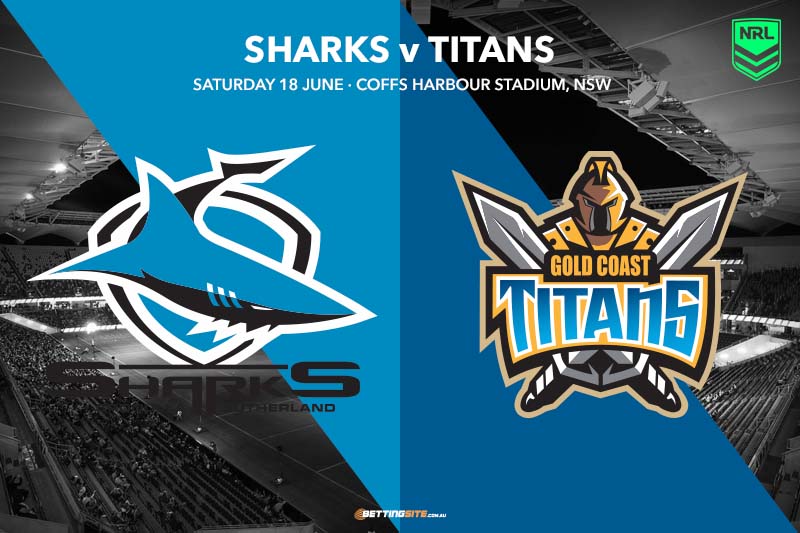 The Sharks and Titans will get round 15 of the 2022 NRL Super Saturday underway when they meet at Coffs Harbour International Stadium on Saturday afternoon.

The Sharks easily accounted for the Warriors at Redcliffe in their last start, while the Gold Coast moved to the bottom of the ladder with a loss to South Sydney.

Cronulla Sharks should absolutely be circling this game as a gift two points. The two teams met just four weeks ago and for 70 minutes they were in cruise control, so in the back of their minds they will remember that the Titans have bursts in them that can worry anyone.

Dale Finucane is named in jersey 19, but make no mistake about it, he will play and it will most likely mean Royce Hunt is the unlucky player who will have to make way.

With Finucane back, it will be one of the few times this year the Sharks have been able to have their best 17 available and the $1.22 favouritism offered with Palmerbet is hard to argue against.

The top bookmakers have set the line at -12.5 and if their attacking play is anything to go by from last week, they will cover that marker.

Five of their eight wins this year have covered that line and there is a trend in those opponents. The teams beaten at that line are the Warriors (twice), Tigers, Knights, Dragons all sit comfortably in the bottom half of the ladder. Take either the start or the 13 plus, it makes no difference.

Sione Katoa is the $7.25 favourite to score the first try and expect plenty of attention for William Kennedy to score in the any-time market at $2.30.

So much was expected of the Gold Coast Titans for season 2022 and by Round 15 they’ve managed to find themselves in last place. They’ve lost their last four-in-a-row and a dismal nine of their last 10. Had they not scratched their way to a Golden Point win over the Dragons, they’d be well and truly at the bottom of the ladder. It’s almost impossible to back them as a winner at this point with their reputation as a team of extremes is hard to shake. It’s one thing to be brilliant one week and average for the next month, but it’s another to do that over the course of 80 minutes each week. The win looks out of the question for this game but keep them in mind for when they travel to Newcastle, which looks like a ‘cup-cake’ game on any team’s schedule these days.

Beau Fermor is getting $5.80 to score a try and he is one of the fan favourites in that category, but Greg Marzhew at $2.65 looks the most likely among the Titans’ players.

Tino Fa’asuamaleaui and Dale Finucane won a premiership together in 2020 for the Storm and they are the two most important forwards in the middle of the field for either team. ‘Big Tino’ is carrying his team currently and Finucane will know that if he and his other middles can slow down his yardage game they will win comfortably. How Tino stands up to the challenge will be a good battle within the main battle.

The Titans will remain at the bottom of the ladder and they’ll lose 13 plus. There is just nothing in their game that can make anyone think any differently right now.

Cronulla Sharks To Win By 13+