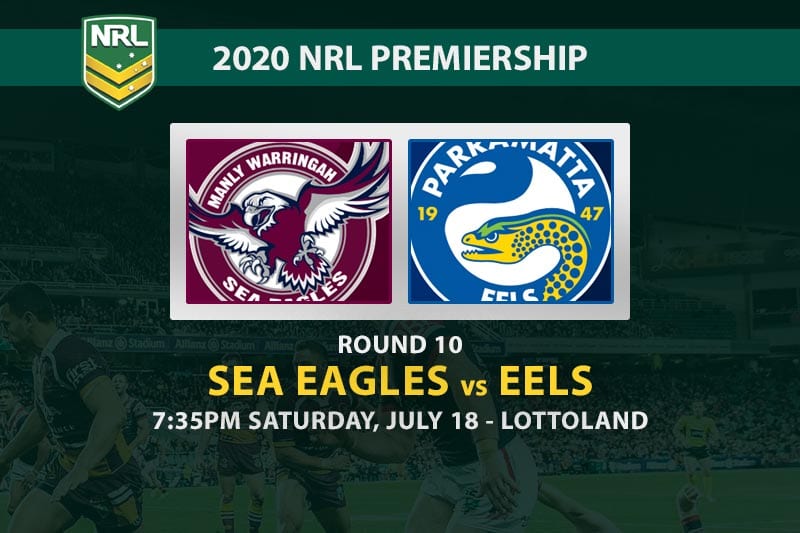 Having been flogged by 30 points last start without a host of important players, the Manly Sea Eagles absolutely have to find something to get their floundering season back on track.

The good news is they return to Lottoland and they’ve defeated the Parramatta Eels there in their last two starts, but the hosts are rank outsiders this time at $3.80.

Without Tom Trbojevic, Dylan Walker and Addin Fonua-Blake, the Sea Eagles appear to be too thin across the park to mount a genuine challenge against a side of Parra’s quality.

The Eels produced a gritty performance on the road to silence some doubters and earn the two points last week, but that display did come with a few warning signs.

While their defence was terrific, many would argue they were lucky to get the victory after making 14 errors.

A lot of their play was sloppy, but one moment of brilliance from Clint Gutherson from a quick tap was enough to break the deadlock.

Whether there was enough evidence to suggest an undermanned Sea Eagles can knock them off, however, is a completely different story.

Ryan Matterson was the first tryscorer last week, his second time so far this season, and you can get $21 for him to cross the stripe first again.

One market punters might like for a bit of value in their multi bets could be the Eels to score over 17.5 first-half points at $3.75.

While they haven’t crossed that line in a first half so far this year, a Manly side low on confidence and missing key personnel could be ripe for the picking.

If you are after a first tryscorer for the Sea Eagles, it may be worth looking at Brad Parker paying $23 given a few of the issues the Eels’ right edge faced last week.