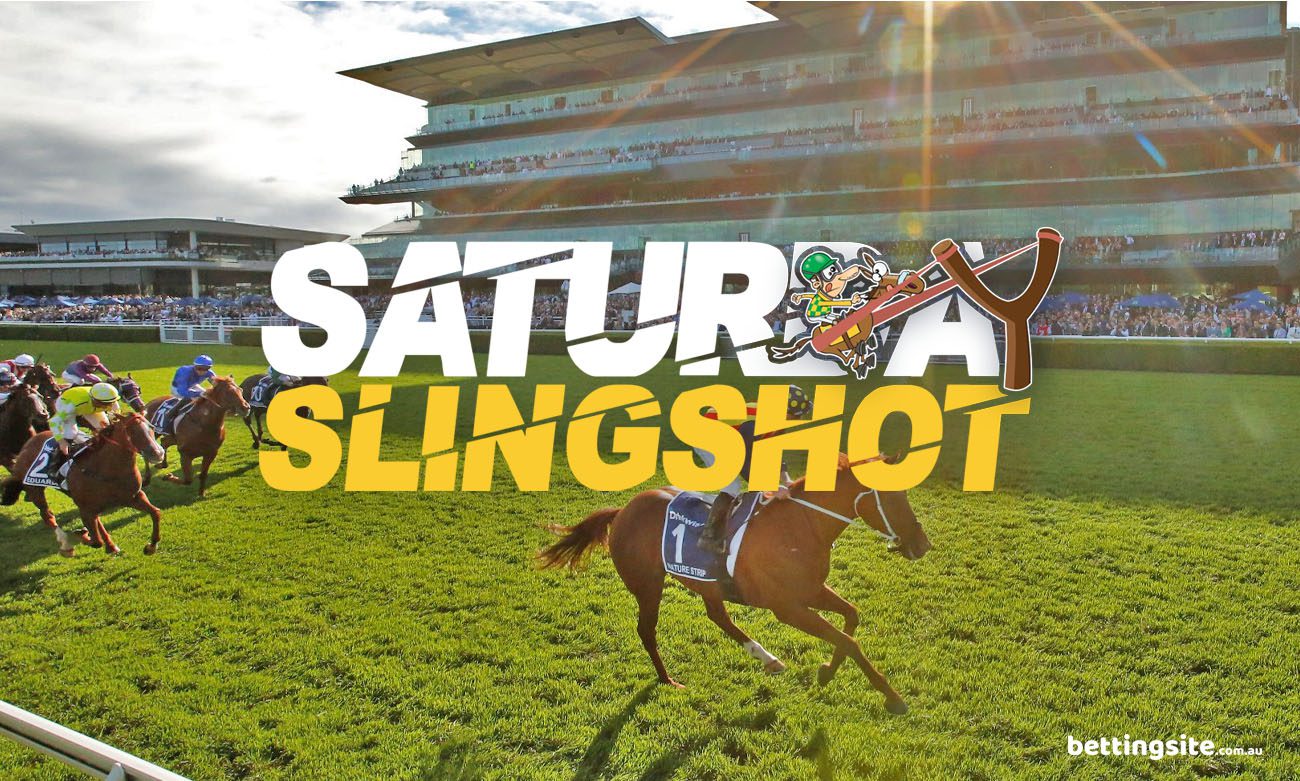 The Saturday Slingshot presented by Bettingsite.com.au brings you the best bets for horse racing in Australia on Saturday, May 28, 2022 to help you launch into a winning weekend on the punt.

When all is said and done, the Lord Mayor’s Cup has turned out to be a very nice race. Chris Waller holds the key with the top two market fancies, and that’s the way we are siding. Hungry Heart hasn’t won since her Australian Oaks victory in April last year, but she has only had a handful of starts in that time on unsuitable tracks and unsuitable distances. On Saturday, she gets 1800m once again after running well in the Hollindale Stakes three weeks ago, while most importantly she gets a dry track. The Frankel mare has had four starts this calendar year, three of which were on heavy going. Now back to a Brisbane Group 3 race at a track she should love, the four-year-old mare should be too classy for this field. William Pike stays in the saddle, and barrier two allows her to get a cushy run in transit.

The formidable duo of Robert Hickmott and Alana Kelly will reconvene in the eighth at Caulfield, this time with the ever-improving Hosier. The five-year-old gelding returned from a near six-month spell with a dominant victory in a BM78 over 1600m at Sandown on April 18, and we anticipate he will handle the step up in company to BM84 over the mile. Kelly’s 2kg claim will only benefit the Camelot gelding’s chances to lead throughout, bringing the weight down to 59kg. On paper, Hosier looks to be the sole leader in the race, and with a couple of cheap sectionals and favourable track conditions, we just cannot see him getting run down. The $2.80 with Unibet looks a steal.

Although Andermatt had his colours lowered last start as a $1.60 favourite when beaten by Flying Crazy, who we have tipped in a Group 3 at Eagle Farm on Saturday, so we think that is still the right form for this Open Handicap. The James Cummings-trained four-year-old has to handle the rise in weight from 54.5kg to 58kg, but it is a fair drop in class from Listed level back to this, albeit against some handy gallopers. The son of Snitzel was dominant in his two starts prior, winning both by big margins on Heavy 10 tracks, so we expect him to bounce back to his best on Saturday in the wet conditions.

The Will Clarken-trained Castle Of Kings returned with a classy victory at Gawler on May 11 in BM58 company, and we expect he will show his class once again in BM64 grade. Having gained the perfect run in transit that day, the four-year-old gelding was quick to go to the front in the home turn and scored with plenty left in the tank. From barrier nine, with apprentice Ben Price on board claiming 2kg, the Castledale gelding is set to go around with 58kg on his back. He has an impressive 7: 2-3-1 record and looks perfectly placed to build on that. With little to no early speed engaged, we expect Price will take Castle Of Kings to the front, where he should ultimately prove far too hard to run down.

There is no hiding the fact that we are big fans of the Dan Morton-trained Top of The Pops and we are happy to side with him once again when he steps back from the 1400m to the 1200m. He is a get back and run on type of runner, but considering the sectionals he put in last time out, suggests he has above average ability, which is more than enough for a field like this. He strikes a small field of eight once again, so despite settling at the rear of the field, he should not be too far from the speed throughout. He has an electric turn of foot and if Chris Parnham has him out of traffic, we simply cannot see how Top Of The Pops gets beaten. He has three wins from three starts and that perfect record should be staying intact this weekend.