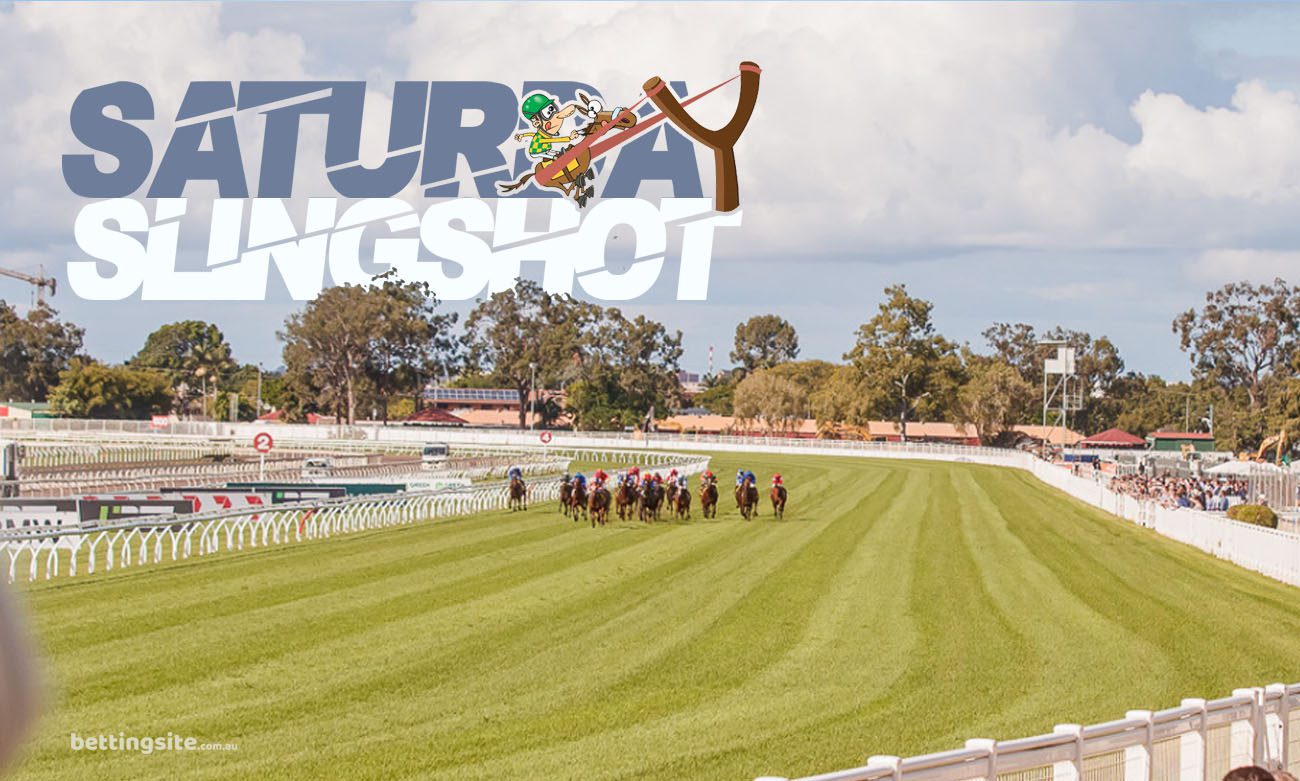 The Saturday Slingshot presented by Bettingsite.com.au is here and it brings you the best bets for horse racing in Australia on Saturday, June 11, 2022 to help you launch into a winning weekend on the punt.

Kiss Sum would have been competitive in the Stradbroke Handicap, but connections mustn’t dwell on the fact that they missed a run in the $1.5 million event and move their focus to the Group 3 Gunsynd Classic over the mile. He was a bit unlucky back to the inside in the Fred Best Classic over 1400m and was peeling ground off Vilana late, and that is the form we have taken into the Stradbroke, so you’d like to think if it is to stand up later in the day, it should stand up in this grade. Kiss Sum’s form is very good in Sydney, having run in some nice races behind the likes of Anamoe, Paulele and Kinloch. He looks beautifully placed on Saturday and the booking of Jason Collett is excellent given they had a nice combination happening earlier in the year.

Our best bet of the day at Sandown comes up in the opening leg of the quaddie when the Patrick Payne-trained Gate Crash steps out over 2400m. The four-year-old gelding relished the Heavy 8 conditions when cruising to victory over 2100m on the Lakeside track at Sandown last time out and is set to gain similar conditions on Saturday. The Roc De Cambes gelding is searching for a hat-trick of wins to kick off this campaign and looks to be a stayer progressing nicely through the grades. Last-start winner Teofilo Star will want to make this a genuinely run 2400m event, but that could well set the race up perfectly for Gate Crash to register a last-to-first win. While he will be giving them a start, we expect he will give them a beating as well.

James Cummings and Glyn Schofield combine in the last race of the day with the smart Kanazawa. The three-year-old son of Lonhro won stylishly on debut in December before Cummings rose the bar for the rest of the prep. The spell seemed to do him the world of good, as he returned with a very encouraging second to Moon Reader at this track over 1200m on May 28. Now out to 1400m and onto a drier track with only 54kg on his back, Kanazawa can give this a real shake at a great price.

Coming off consecutive runner-up efforts, the Leon Macdonald & Andrew Gluyas-trained Extra Time gets his chance to break through for a deserved win. He simply gave his rivals too much of a start at Murray Bridge last time out but hit the line with great intent to suggest wherever he went next, he would take some beating. The four-year-old gelding already has a win to his name at the Morphettville Parks 1250m and has shown in his career he handle any conditions. The slight query is that he is yet to face a Heavy track, but recent form alone should see the Shooting To Win gelding run away with a race like this. From barrier two, look for Jason Holder to have his mount settled in the moving line with cover. If Extra Time replicates the finishing burst he showed last time out, then the $3.20 with Bet365 looks a steal.

The Darren McAuliffe-trained The Velvet Queen has been the definition of unlucky in all three runs this campaign, but we expect those fortunes to turn around this weekend. The three-year-old has finished second in all three starts this campaign, continually finding herself held up for a run when looking to build through the gears. From barrier 14, we expect Chris Parnham will have this filly settled in the second half of the field and let things unfold out in front. Her turn of foot is more than good enough to take out a race like this, and considering she should be fairly fresh (despite being fourth-up), The Velvet Queen should be bringing up a third career win at start nine.