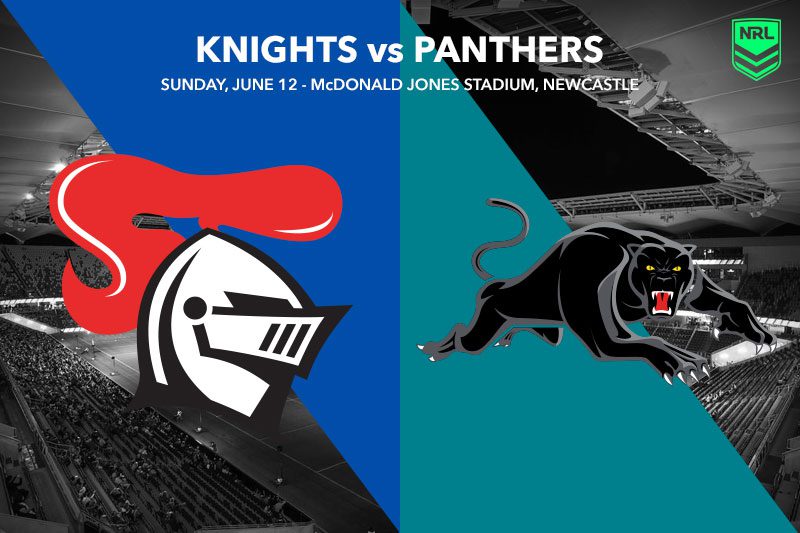 Sunday afternoon NRL action returns to Newcastle when the Knights host the Penrith Panthers in Round 14.

On paper it is arguably the mismatch of the round, but will the Knights be able to surprise a Penrith team who will have six players backing up from State of Origin action?

Newcastle’s form line from the first half of the season is diabolical. Victories over the Tigers, Warriors and Bulldogs make up 75% of their total wins in what can only be described as ‘soft’ when evaluating the competition with a fine-tooth comb.

They’ve once again gone through the annual tradition of losing an absurd amount of players to injury, leading the competition with eight who suffered ‘major’ injuries at five weeks or worse and as a result it has seen them play clunky, ugly football at times.

They’re averaging just 13 points a game and conceding 25, which will keep them in the bottom four face rather than pushing for the eight where they should be.

Their side to take on Penrith is still missing Jayden Brailey as well as Daniel Saifiti, but if Penrith come out of Origin with some injury issues they face stiffer competition than they did against the Bulldogs.

The bye might have come at a good time for the Knights to address some issues, of which one of them has been how mediocre their home record has been in 2022.

The +15.5 start could push out even further if Penrith’s Origin stars all back up, but even at that number it indicates the trend.

Try scorers have been hard to predict for the Knights this season and they’ve had two games this year in Newcastle where they have failed to cross the line. The $6.60 on offer for them to score no tries in the game is much better value than trying to guess a random outside back.

Penrith at 13+ should rightfully be blown off the map and it makes a terrific multi option at $1.84 with BetOnline.

It is rare for a team to be as consistent as they are even if the names change some weeks, but given they are most likely going to be full strength by Sunday afternoon it is hard to see a result going any other way.

Their attack is effortless and the Knights will have no answer on how to slow down the middle of the field where Isaah Yeo will go to work with the precision of a surgeon.

Newcastle having Chris Randall, Kurt Mann and Simi Sasagi all slated to play means there is nowhere near enough size to counter the ruck dominance.

For this reason, Dylan Edwards at $13 to score the first try is in play. He will be backing up through the middle and the first moment of any break he will score under the posts.

All eyes to the left side of each team. Anthony Milford once had the dancing feet and is doing his best to get back to his best form, while Jarome Luai is atop the mountain for five-eighths currently in the NRL. Luai would have no doubt idolised Anthony Milford as a youngster coming through the grades and has a similar style to his fellow Samoan. If Milford can play with some confidence he has shown in his two games on return he is still serviceable, but can he take the next step and match it with the younger Luai?

Penrith should win comfortably at the 13+ margin. They won’t get out of third gear and will still score 30 points. Too relentless and too much strike power for the Knights to deal with.

Ladbrokes allows Izaak Tago vs Dane Gagai in a tryscoring battle to be included in a same-game multi, so get on Tago to win that tussle with Panthers 13+ and the Knights to not score a try.