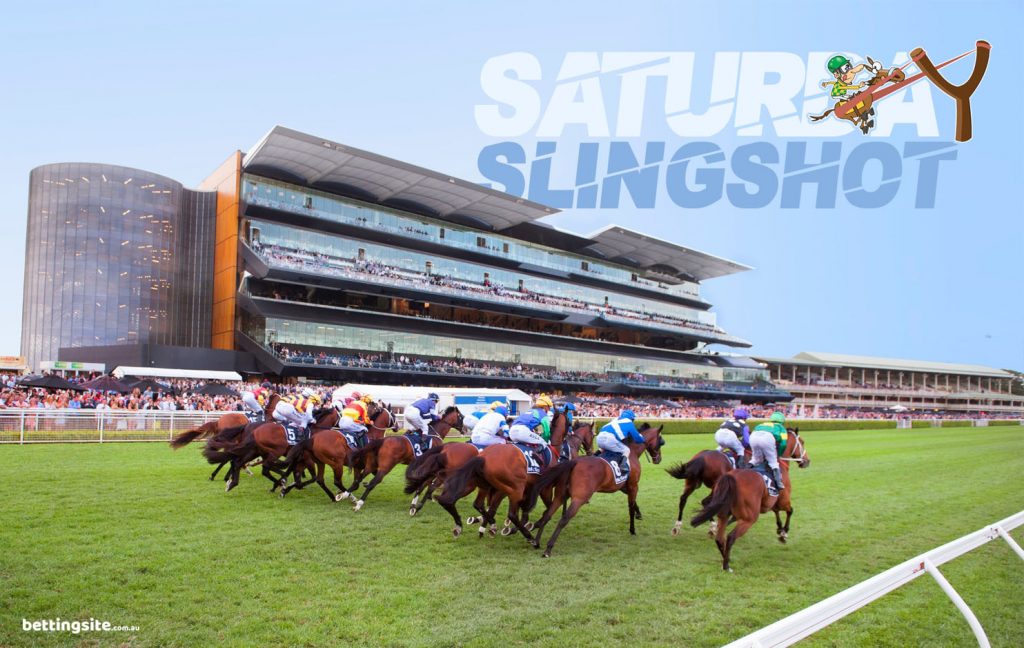 The Saturday Slingshot presented by Bettingsite.com.au is here and it brings you the best bets for horse racing in Australia on Saturday, July 23, 2022 to help you launch into a winning weekend on the punt.

On the back of an impressive victory at Sandown on July 13, we are hoping the Peter Moody-trained Boogie Dancer can replicate that performance in Saturday grade this weekend. The two-year-old looked the winner a long way out in his last race, and despite being held up for a run halfway down the Hillside straight, she quickened nicely on a Heavy 9 and put close to four lengths on her closest rival. Jamie Kah sticks on board, and getting on to a Soft track can only be beneficial for this progressive Sooboog filly. From barrier five, if Kah can lob the chestnut in the one-one or midfield with cover, Boogie Dancer has a turn of foot that not many (if any) of her rivals can match.

Sunrise Ruby’s first-up run was excellent when a fast-finishing second behind Lady Brook over 1100m at this track on July 9. It is fair to say that if that race was over 1200m, she would have won the race, finishing three-quarters of a length off the winner. Those two mares meet again over 1200m on Saturday, and Sunrise Ruby meets Lady Brook 1.5kg better at the weights and will have a bit more fitness in her legs now that she’s second-up. Brenton Avdulla hops aboard the daughter of Casino Prince, barrier 11 will allow her to settle into a rhythm and then she should be able to finish off strongly on her favoured wet track. This is a nice race for Sunrise Ruby and she can further enhance her Kosciuszko credentials.

The Winx Guineas form stood up last weekend with third-placegetter Rayjen winning at Eagle Farm. The runner-up from that Group 3 event was Tarex, who now contests a Benchmark 75 Handicap over 1615m this Saturday, so we are tipping that the form will be franked once again. The Lawrie Mayfield-Smith-trained three-year-old has missed the place just once from his seven career starts, while he has never been out of the numbers at Doomben or over 1600m. The son of Tarzino will only have to carry 54kg once Queensland’s leading apprentice Kyle Wilson-Taylor claims his 1.5kg. From the inside barrier, Wilson-Taylor will be able to hold a forward position on the classy galloper and give him every chance to return to the winner’s stall. Fourth-up and right back in grade, he looks very hard to beat.

Following a dead-set gap job at Gawler on July 9, the Jake Stephens-trained En Francais looks a clear best bet of the day when she steps out in the opening event. Having put 7.6 lengths on her closest rival in a dominant all-the-way victory last time out, the four-year-old mare comes against just four rivals and looks set to build on her already impressive record. Having led throughout at Gawler, we anticipate Lachie Neindorf will opt to take a sit behind the likely leaders, Bookman and Danish Fortune. These two should be going at each other throughout the race, which leaves them for the taking for En Francais to finish over the top of them in the home straight. The $1.65 on offer is nothing special, but this one has a bit of class about her.