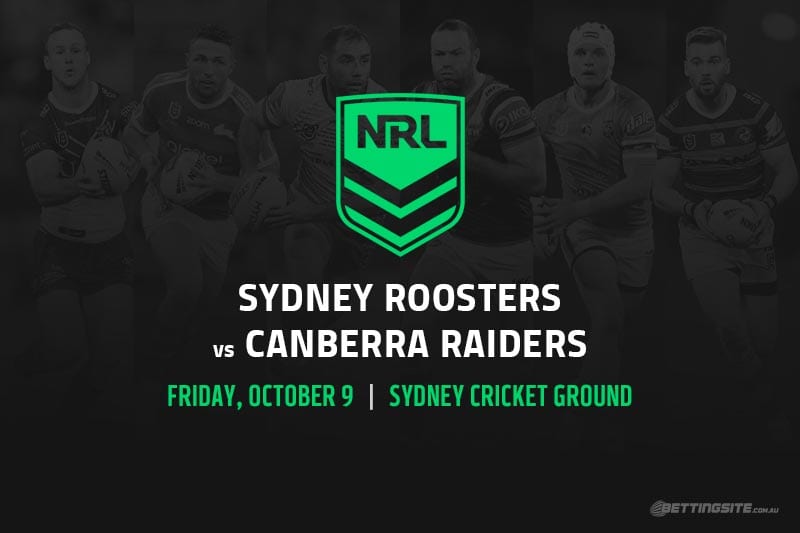 If there is a team who would love to knock the Roosters out more than the Canberra Raiders, we’d love to hear why.

The Raiders came as close as you can get to winning a premiership last year and were cruelly denied by a late James Tedesco try.

The insult to injury: Tedesco signed and then quickly reneged on a contract with Canberra back in 2014.

The last seven games between these two have been absolute crackers, with the 2019 NRL Grand Final the pick of the bunch.

The biggest final margin in those games was 12 points, so it would be an absolute anomaly if the 13+ saluted this week.

The +6 for Canberra also looks a good shout if you fancy the Chooks to get up in a tight one, as the $1.90 price is a much more attractive option than taking the Roosters straight up.

The over/under is set at 42.5, and that line has only been breached twice in the last seven games between these two clubs.

The scoring was out of control in week one of the finals, but you’d expect the total points in this clash to fall well below that figure.

The Sydney Roosters have led at half time in each of their last five games and won four of them, so the $1.83 for the Tricolours in a half-time/full-time double will hold some appeal.

Daniel Tupou is the favourite at $9 to score the first try, but he will have to overcome a rough trot in recent finals games.

Tupou scored first in both the preliminary and grand finals in 2018 but hasn’t scored a postseason try since, so he’s in somewhat of a drought.

Tupou does have a big height advantage on Nick Cotric, however, so the $9 is still not a bad investment.

The Roosters’ right edge has conceded a lot of points in the last two games, so punters should look to the Raiders’ left edge in the tryscorer markets.

Jarrod Croker sits at $21 to score the first and Elliott Whitehead is a whopping $41, so why not have a crack?

Jack Wighton at $17 is also a great option on the back of his great tryscoring form of late, not to mention the enormous headaches he has given the Roosters in recent games.