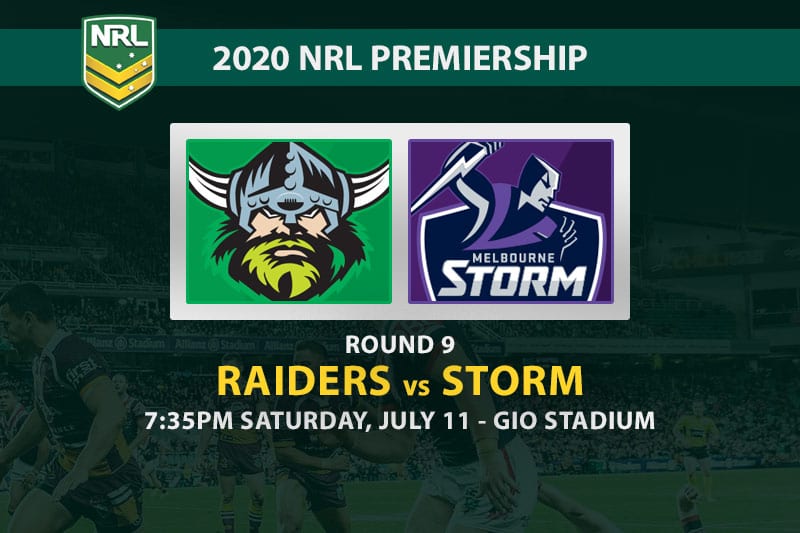 This should be nothing short of an absolute belter as the Canberra Raiders play their second straight game at GIO Stadium against a side they have the wood over.

Coming from 18 points down, final minutes of finals classics, defensive masterclasses – right now it feels like the Raiders just have the Melbourne Storm covered.

But after the Storm’s miracle win over the Roosters last start, how can anyone think this is a fait accompli?

The $1.80 favouritism for Melbourne is a big show of respect to their stellar recent form, but Canberra could shorten from $2.05 closer to kickoff and make it near enough an even-money bet.

The Raiders appeared much more settled defensively last week with Michael Oldfield and Bailey Simonsson on the right edge, but the Storm will give them a much more extensive test than the Dragons did.

With Cameron Munster still named in the reserves list, Melbourne may well start Cameron Smith at halfback once again with Brandon Smith moving to hooker and Ryley Jacks to the interchange.

The near-freezing winter weather of Canberra has influenced the over/under line of 34.5 points. While the Raiders have scored four tries in back-to-back weeks, the 34.5 has gone overs only once in their last four clashes.

It is also worth noting that Melbourne boast a great record at GIO Stadium, having won 66% of their games at the ground throughout their history.

In the tryscoring markets, Nick Cotric is priced at $12 to repeat his efforts of last week and cross for the first, while Jack Wighton at $23 is always a big chance at odds.

If you fancy Melbourne to score first, you’d be inclined to look towards their left edge as opposed to their right. Justin Olam at $18 is a bit of a smokey, while the match favourite is Josh Addo-Carr at $10.

Raiders 1-12 at $3.20 as they look for back-to-back wins for the first time since the resumption also looks very tempting.

Best bets for Raiders vs Storm