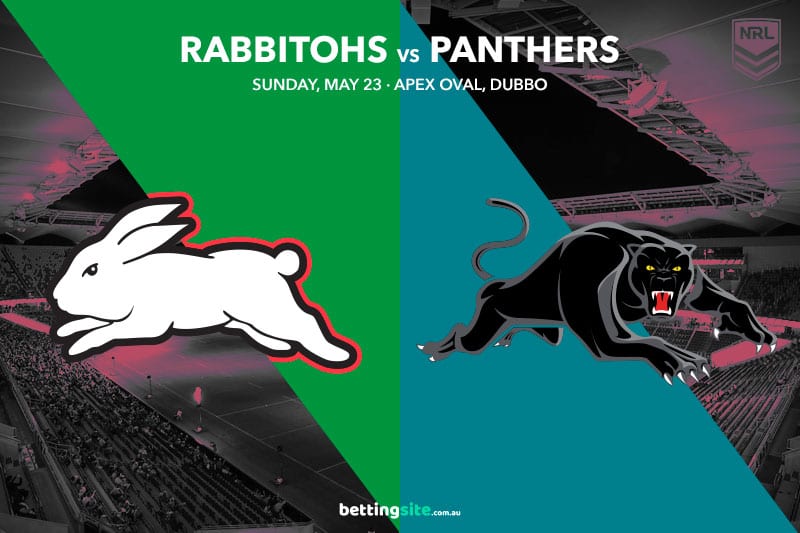 The city of Dubbo will play host to one of the biggest matches of the 2021 NRL Premiership when the South Sydney Rabbitohs take on the undefeated Penrith Panthers in Round 11 on Sunday afternoon. Many feel like this could be the best NRL fixture ever taken to a regional centre, and the town will be abuzz with footy fever when local hero Isaah Yeo returns as the heart and soul of the Panthers.

The Rabbitohs receive a huge boost with Latrell Mitchell named to return following his four-week suspension, while Campbell Graham is named in jersey 21 and could be a late inclusion after missing Magic Round in Brisbane. Penrith come in with almost the same side that blew the Titans off the park, but they get Kurt Capewell back starting on the right edge.

The +10.5 line for Souths certainly needs to be given consideration. The Panthers haven’t played one of the big teams in two months, so they won’t have a cakewalk this weekend. Souths have also covered the line in their past six games as the underdog against the Panthers, so the numbers say it’s well and truly on.

Latrell Mitchell’s form before he was suspended suggested he was a huge chance of winning the Dally M Medal and denying Nathan Cleary of the honour. At $18 with Sportsbet to score the first try, the Rabbitohs fullback is well worth a pop.

If the locals in Dubbo aren’t putting all of their hard-earned on Isaah Yeo to score a try in his hometown at $7.50, then we know nothing. Fairytale returns to where it all began are fodder for some of the most wholesome content, so why not buy into that and be rewarded handsomely?

This game does shape up as the biggest test for the Penrith Panthers since the Storm in Round 3. They shouldn’t have it all their own way, making the $3.30 for a 1-12 win very enticing. Charlie Staines is another product of the Group 11 region and is $9 to get the first try, which is a terrific price given his recent form.

It just can’t be anyone else outside of Nathan Cleary and Adam Reynolds. Cleary might run away with the Dally M Medal this year, and it feels like there isn’t a halfback even close to him on current form, but there is a case to be made that Adam Reynolds may be more valuable to the South Sydney Rabbitohs. The 50-0 loss to the Storm showed just how rudderless they are without him, but when they the Bunnies take on the best team in the comp this Sunday, the final score should be a better indication of where Souths really are as a footy side. Cleary is fresh off a hat-trick and having a hand in every other Panthers try last week, so watching these two and how they dictate terms is going to be one of the highlights.

We like the value about the 1-12 margin for Penrith. It feels like it’s been too easy for the Panthers in recent weeks, and Souths will certainly make them earn a win. Remember, the Rabbitohs were unbelievably close to knocking out Penrith in the preliminary finals last year.

Panthers 1-12 with Charlie Staines and Latrell Mitchell to score at any time for a $15.50 price is one every fan should get around.