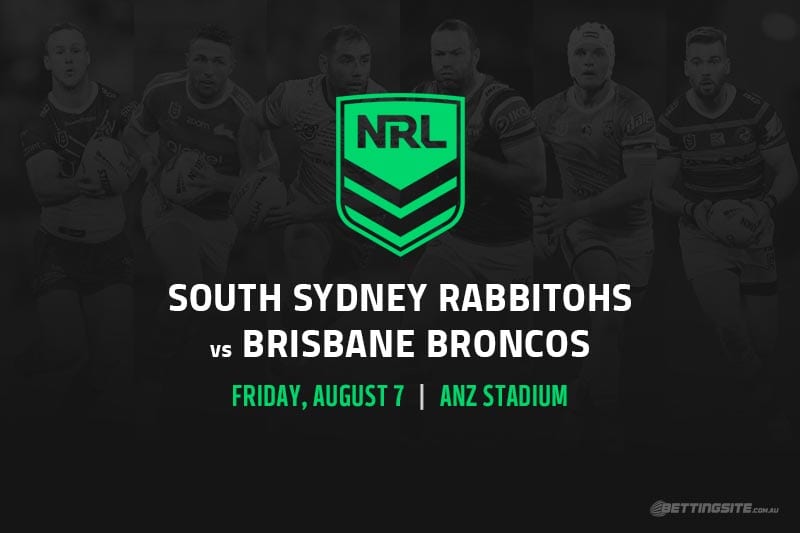 We are unsure if anyone is aware about this, but once upon a time Wayne Bennett and Anthony Seibold coached the clubs they come against this week before being involved in an ugly swap.

Sadly, this won’t be the last you hear about it when the two teams collide in Friday night footy.

The South Sydney Rabbitohs were starting to build some continuity to their lineup until the suspension of Jaydn Su’A, which may see Jack Johns gain promotion from the extended bench.

While the Brisbane Broncos collapsed yet again in the final 15 minutes against Cronulla, this game does pose a headache for the Bunnies.

The $1.30 favouritism is more reflective of the feelings punters have towards the Broncos rather than any great confidence in the Pride of the League.

It seems almost foolish to even suggest it, but Brisbane might offer some value at $3.80 and the 10.5 point start.

Moving Tom Deardon to halfback alongside Anthony Milford has made their attack look much better, although Brodie Croft will have another chance to prove his worth while Milford sits out the next few weeks with a hamstring injury.

Kotoni Staggs and Xavier Coates are great strike weapons for the Broncos, while their second row looks much stronger with David Fifita back in the side for the first time in months.

Brisbane scored 26 points last start, which was their most in a game since they defeated the Bulldogs in round nine and only the second time in 2020 they’ve hit that mark.

The Broncos may only have three wins in 2020, but it’s worth remembering one of them came in round two against the Rabbitohs.

Coates is normally in single figures in the first tryscorer betting, so you almost have to take the Brisbane winger at $15 to cross the stripe first.

His opposite number, Alex Johnston, leads the market at $7.50, which indicates many folks believe Souths are going to start fast.

Best bets for Rabbitohs vs Broncos