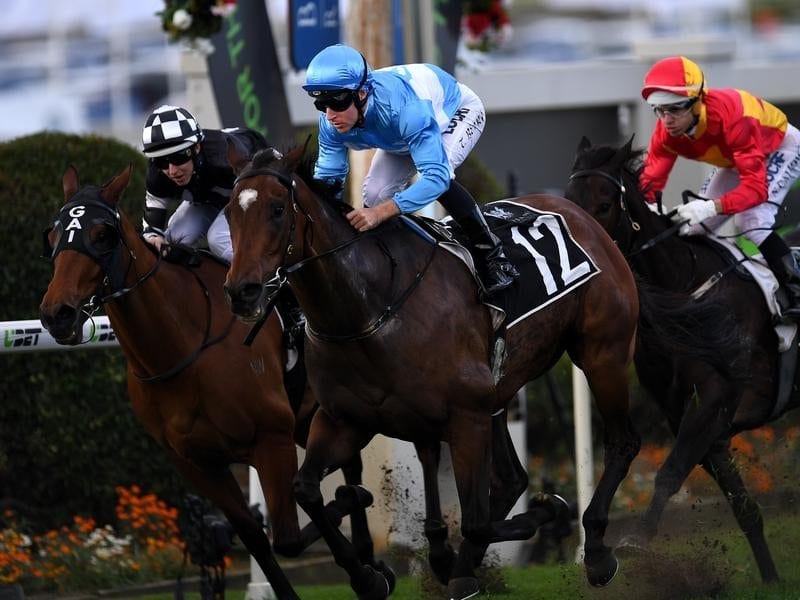 Prompt Response (outside) resumes in the How Now Stakes at Caulfield.

After going close to winning one of Australia’s few Group One weight-for-age races for fillies and mares last campaign, Prompt Response is being aimed at going one better in another during the Melbourne spring carnival.

The four-year-old begins her preparation in Saturday’s Group Three How Now Stakes over 1200m at Caulfield and is being aimed at stretching to uncharted territory later in the spring in the Group One Myer Classic (1600m).

Saturday’s race for mares will be Prompt Response’s first start since going within a long head of winning the Group One Tattersall’s Tiara (1350m) at Doomben on June 24.

Before her runner-up finish to Tycoon Tara in the Tiara, Prompt Response won the Group Two Dane Ripper Stakes (1350m) in Brisbane which was also for fillies and mares.

Her co-trainers have opted to campaign Prompt Response in Melbourne and she had two barrier trials in Sydney to prepare for her race return before heading south last week.

“She had a great campaign last time in and I thought her two runs up in Brisbane were excellent,” co-trainer Adrian Bott said.

“Her main aim at this point is a race like the Myer Classic.”

Prompt Response has won over 1400m but is yet to race beyond that distance.

“I do think the way with she’s relaxing in her races and the turn of foot she has shown that she will be effective being stretched out to 1600 metres,” Bott said.

“But in saying that she’s also effective fresh over the shorter trips.”

Bott said Prompt Response was a quality mare but was open to improvement going forward as she generally takes a couple of races to get to her peak.

Prompt Response has barrier one in the field of 16 on Saturday which includes Missrock and Fuhyrk who share favouritism at $4.80.

Last-start Sheraco Stakes winner Ravi is at $5 with Prompt Response at $8.50.