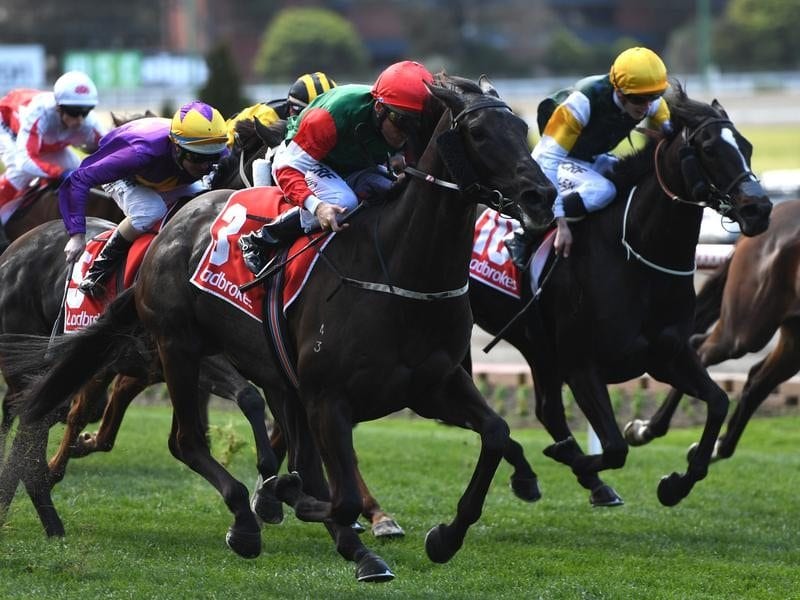 Samovare will be trying to secure at Caulfield Cup start by winning the Foundation Cup.

A quadruple dead-heat in a Caulfield Cup qualifier would be a perfect result for Lindsay Park.

The winner of Saturday’s Group Three MRC Foundation Cup earns exemption from the ballot for next month’s Caulfield Cup.

“They’re all after the dream of wanting to get into the Caulfield Cup,” Lindsay Park co-trainer Ben Hayes said.

“It’s hard when you’ve got four in the race.”

Harlem made his spring return with a closing fifth at Caulfield on September 2 and Hayes’s one fear is the import may want further.

“But he’s made really nice progression and looks really well in the coat,” Hayes said.

Lightly raced former Perth mare Samovare is attempting 2000m for the first time after winning over 1600m at Moonee Valley on September 9.

“She was as impressive as you can get at the Valley and she hit the line strongly,” Hayes said.

“It’s her first time at 2000 metres for the prep, which we don’t think will be an issue, but you want to see them do it.”

Runner-up in last year’s VRC Oaks, Harlow Gold has had two runs after a hectic autumn and Hayes said the mare was luckless at Moonee Valley at her last start.

“If you look at her through the line she was up with the leaders,” he said.

“But at the most important part of the race she was shuffled back when she was meant to be going forward.”

Hayes described Boom Time as a nice stayer who was ridden upside down last start.

“He had to do a bit of work early and looked a bit weak late over a distance that didn’t suit,” Hayes said.

“Now he’s out in distance I think we’ll see improvement.

Hayes hopes one of the quartet earns their way into the Caulfield Cup and if forced to make a pick on Saturday is leaning towards Harlem.

“But there’s not much between all four of them,” he said.