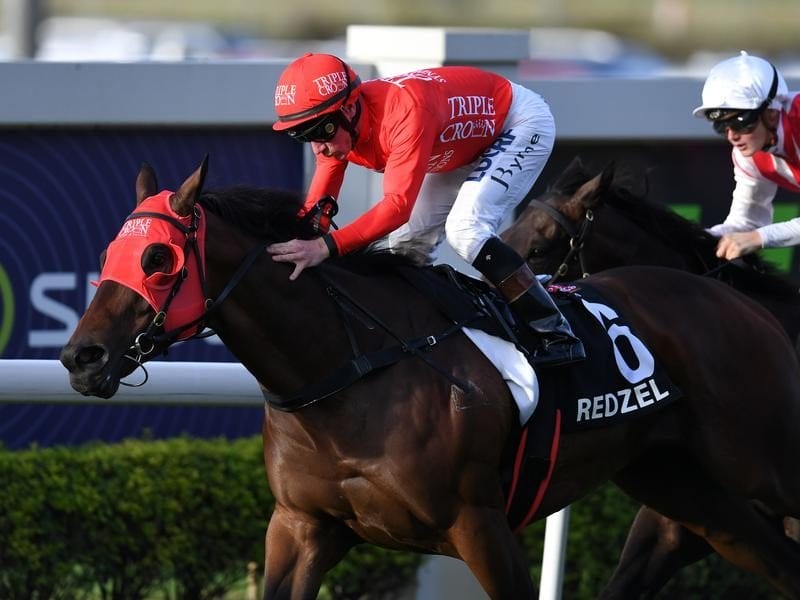 Doomben 10,000 winner Redzel will have his lead-up race to the Everest in The Shorts at Randwick.

Redzel has avoided a trip to Melbourne for the Group One A J Moir Stakes after securing a start in the $10 million Everest.

Trainers Peter and Paul Snowden originally planned to take the five-year-old Doomben 10,000 winner to Moonee Valley for the 1000m weight-for-age feature on September 29 as part of the auditioning process for The Everest.

By securing the slot held by James Harron Bloodstock for the October 14 showpiece sprint at Randwick, Saturday’s Shorts will round out Redzel’s race day preparation.

The $2.40 favourite for the Group Two Shorts (1100m) after an impressive comeback in the Group Three Concorde Stakes on September 2, Redzel’s selection also enhances The Everest (1200m) prospects of four remaining candidates on the Australian Turf Club shortlist.

Although confirmation of Redzel’s selection was announced on Tuesday, the Snowdens had been forewarned.

“A couple of days ago it was all sorted, it was just a matter of getting around everyone,” Paul Snowden said.

“The pressure is off a tad. We just have to worry about Saturday. We’ve got a spot so we can prepare him accordingly.”

The field of nine for The Shorts includes fellow Everest runners Chautauqua, English and Fell Swoop.

Snowden was relaxed about Redzel’s Everest prospects regardless of how those three kick-start their spring campaigns.

“If he wins he wins, if he doesn’t we’re not too worried. He’s going to be at his optimum for The Everest,” he said.

Chautauqua, the world’s highest-ranked sprinter heads the TAB’s Everest market at $4.60 while English and Redzel are alongside Brave Smash and Russian Revolution as $11 chances.

The Snowdens also have Pajaro resuming in the Group Three Bill Ritchie Handicap (1400m) as the $34 outsider.

“You won’t see the best of him until he gets to a mile. He usually runs well fresh but he’s always two to three lengths off them first-up,” Snowden said.