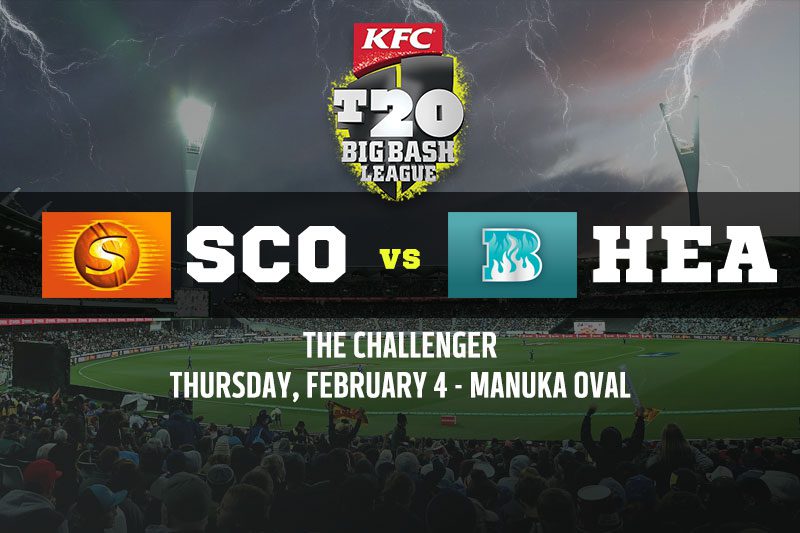 A spot in the BBL10 Final is up for grabs this Thursday at Manuka Oval as the Perth Scorchers and Brisbane Heat collide in ‘The Challenger’.

With parts of Western Australia in the grip of a five-day lockdown due to COVID concerns, the Scorchers have lost their home-field advantage.

The bad news for Perth is that the Heat have recent form in the Australian capital, where they managed to outmuscle the Sydney Thunder on Sunday.

However, Mitch Marsh has escaped suspension over his aggressive reaction towards the umpire following a questionable caught-behind decision in the Scorchers’ loss to the Sixers last week.

Marsh was cited for a level-two breach of Cricket Australia’s code of conduct, but the star allrounder’s good disciplinary record means he is free to face Brisbane this Thursday.

Although yet to fire up in the BBL10 Finals, Chris Lynn is still the most explosive player in this match. There is no bigger match-winner across both sides than the champion Heat captain, who has made 436 runs in the BBL this season. Lynn made 51 off 25 against the Scorchers last week, hitting four sixes. We are backing Lynn to hit form at just the right time.

To take a wicket – Marnus Labuschagne

Our favourite tip for the last handful of Brisbane Heat games has been Marnus Labuschagne to take wickets. Labuschagne continues to surprise his opponents each week with his accurate and unpredictable spin, which has seen him take 10 wickets in his last five matches. The Scorchers struggled immensely with Marnus when he took three wickets against them last week, and we suspect he will strike again.

We like the underdogs for this one as they have all the momentum heading into the contest. The Heat have won their last four matches, while the Scorchers have lost their last two. Considering the Heat won the last contest between these sides less than 10 days ago, they should still be red-hot as they look to reach the BBL Final for the second time.