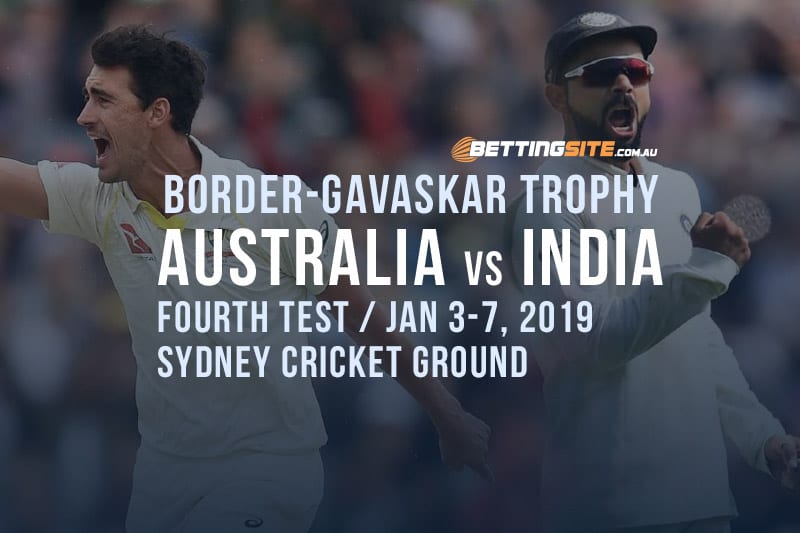 INDIA have retained the Border-Gavaskar Trophy, but can they seal their first-ever series victory in Australia?

Virat Kohli’s men take a 2-1 lead into the fourth and final Test after dodging a rain scare to win by 137 runs in Melbourne.

They may well fancy their chances of making it 3-1 on a Sydney wicket that has a reputation for favouring the spinners.

If Ravichandran Ashwin is declared fit, the Indian selectors must decide whether to recall him, or stick with Ravindra Jadeja, or play both.

The latter play might require the tourists to sit out one of Jasprit Bumrah, Ishant Sharma and Mohammed Shami – widely regarded as India’s best-ever pace attack.

There is also a case for batting Jadeja at six and ousting one of the out-and-out batsmen.

Whereas India have options aplenty, Australia are clutching at straws as they look to save some face and level the series.

Aaron Finch is under the spotlight, although head coach Justin Langer has backed the Victorian to make the opener’s slot his own.

Mitchell Marsh made no contribution with the bat in the Boxing Day Test and may be dumped for either a specialist batsman or a support spinner.

Peter Handscomb put his hand up with an impressive knock for Melbourne Stars in the Big Bash League, but the selectors will want to see significant improvements in his technique before a recall is forthcoming.

Then there is Marnus Labuschagne, whose addition to the squad has left cricket fans everywhere scratching their heads.

The Queenslander is averaging only 28.22 with the bat in the Sheffield Shield this season, while his leg breaks have returned five wickets at 59.60.

There are also growing concerns about the new-ball partnership of Josh Hazlewood and Mitchell Starc.

Both quicks are averaging more than 33 runs per wicket in 2018 and have struggled to remove top-order batsmen on a regular basis.

Pat Cummins is in fine form, while there are several quicks knocking on the door in domestic cricket, but it seems unlikely that either Hazlewood or Starc will step aside in Sydney.

If the selectors could pick Pat Cummins 11 times, they probably would.

Already the most popular cricketer in Australia’s Test team, the 25-year-old New South Welshman furthered his reputation with nine wickets and a fighting 63 in the Boxing Day Test.

He was the only Australian batsman to make a half-century in that game and has faced 402 balls this series – more than both Aaron Finch (214) and Marcus Harris (365).

His odds for top batsman have tumbled as a result, but taking wickets is what Cummins does best.

He has shown time and again that pitch conditions don’t matter much when you bend your back, bowl to a plan and look to keep the batters guessing.

Patty was unlucky not get the nod for Man of the Match in Melbourne, but that market is a tough one to win when you are on the losing team.

They say Sydney is a spinner’s wicket, yet India have not won a Test match there since 1978.

Furthermore, Nathan Lyon has a worse average at the SCG (48.13) than at any other ground in Australia.

That begs the question: why are the Aussies looking at a second spinner when their top six bats continue to crumble?

Keep a close eye on selections before you bet on this one.

If the visitors go with both Ashwin and Jadeja, the home side might have a chance to exploit a weakened batting order.

But if Marnus Labuschagne is named, put everything you own on India to win.