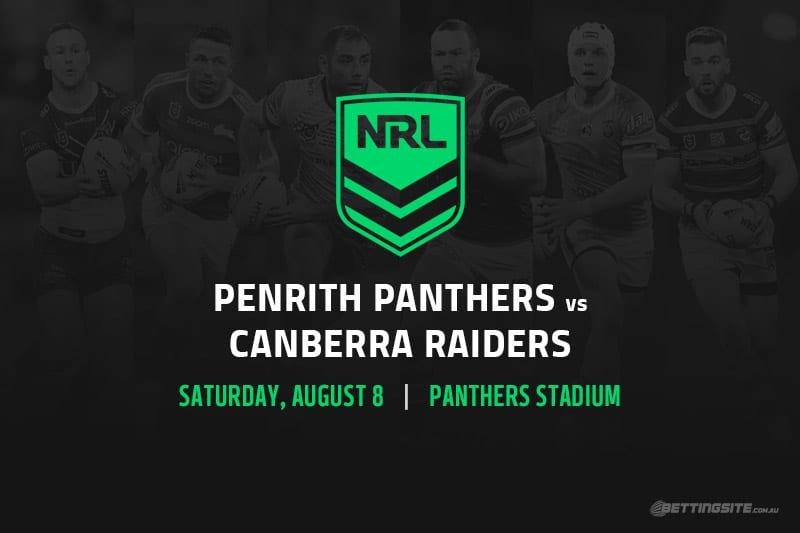 If it’s a Saturday night slugfest you want, this should deliver in spades.

The Penrith Panthers are taking the competition by storm, while the Raiders’ last three weeks have reminded us all just how tough they are.

Jordan Rapana was sensational at fullback for Canberra last week but will shift over to the wing with Charnze Nicoll-Klokstad named to make his return from a compound dislocation of a finger.

Everything has been going superbly for Penrith, but there is a bit of danger in the $1.50 price.

While their defence has been wonderful all season, they face an opponent who have thrived in low-scoring dogfights over the past 18 months.

Penrith have five wins and a draw from their six home games this season, but the Green Machine are 5-1 on the road in 2020.

That record still sits at 5-3 if we include ‘home’ games played in Sydney, so the scene is set for a sensational Saturday evening on the western fringe.

As every Canberra Raiders game since round five has ended in a single-digit margin, the 1-12 is the way to go no matter which side you back.

Alternatively, you can get Penrith to win by 1-5 points at $6.50, while the Raiders are $7 for the same margin if you think they can get the upset in a tight one.

The tryscoring stakes will be a little harder to predict with Charlie Staines not in the lineup for the Panthers, but Stephen Crichton at $11 will attract plenty of attention coming up against the defensively suspect Curtis Scott.

Crichton has scored at least one try in each of his last seven starts, so the $2.40 to cross the line at anytime looks like money for jam.

Jack Wighton has been first tryscorer three times in 2020, so you can guarantee plenty will back the Canberra playmaker at an almost disrespectful $26.

Best bets for Panthers vs Raiders