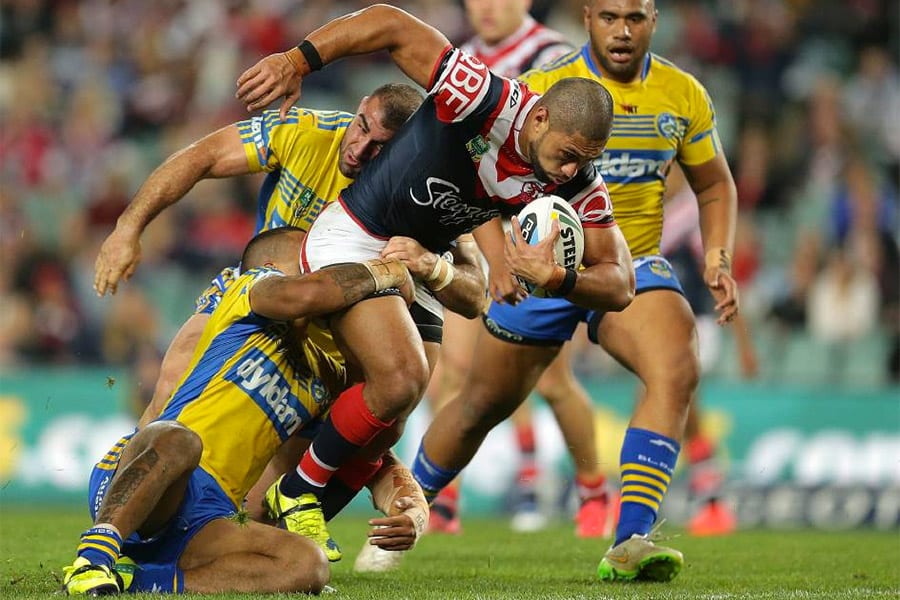 With a couple of the premiership contenders taking a hit last week, there has been plenty of movement in the NRL futures markets at Sportsbet.com.au. Let’s take a look at the latest odds for major outrights such as the premiership winner, wooden spoon, top four and more.

Last week it appeared Cronulla might be a team to look at for fewest wins this season, but the outsiders we should be paying more attention to are the North Queensland Cowboys.

Both clubs are at $15 for the wooden spoon, but bear in mind that the Cowboys have to face the Knights, Eels, Roosters, Panthers, Sea Eagles and Raiders in the next six weeks.

Jason Taumalolo is a freak of nature and can take you a long way singlehandedly, but him alone against six strong opponents spells disaster for the Cowboys.

Throw in Michael Morgan’s absence for most of the season and the beating drums around coach Paul Green, and there could be some money to be made here.

Back before round three, we thought $5 for the Newcastle Knights to finish in the top four was certainly worth some thought and their form since the resumption has proven that to be well and truly correct.

Sitting in second with just one loss so far this season, they still have at least nine games where they should go in as favourites.

Even now, at $2.60 to finish in the top four, all they need to do is take care of business in the games they should win and they will almost certainly do enough to get there.

The Knights also have the luxury of not missing Mitchell Pearce, Kalyn Ponga, David Klemmer and Daniel Saifiti for State of Origin in the middle of the season.

If someone left us $100 to spend on any market, we would almost certainly be throwing it on Newcastle to finish in the top four.

Roosters looking the goods for another minor premiership

After a slow start to the 2020 NRL season, the Sydney Roosters have roared back to life in the last month.

The $3 for the Chooks to win the minor premiership feels like more easy cash, as under Trent Robinson they have finished first in four of eight seasons.

For almost the same price as their $3.25 to win the competition, you get a great shot at a good return and you don’t have to factor in the unpredictable nature of finals football.

Following on from their encounter last Saturday evening, you’d have to think punters are lining up for the $6.50 about the Parramatta Eels and Sydney Roosters to both make the 2020 NRL Grand Final.

Parramatta will play plenty of games at Bankwest Stadium this season, which gives them a huge opportunity to secure a second chance in the finals.

Parramatta and Newcastle are sitting in the top two spots on the ladder, paying $23 and you’re probably thinking that’s a long price but it’s fair given recent history.

Not since 2007 have the top two teams in round six gone on to play in the NRL Grand Final, and even then, the Storm had their premiership stripped for salary cap breaches.

This remains the only time in the NRL era where this has happened.

Who will be the top Queensland team in 2020?

Not that we think this market as a whole deserves much attention due to how poorly all clubs from Queensland are travelling in 2020, but in a three-horse race the Gold Coast Titans are $51.

The Cowboys are their nearest rivals at $2, while the Broncos are tentative favourites at $1.72.

No matter which way you look at it, those quotes paint an awfully bleak picture for the Gold Coast.