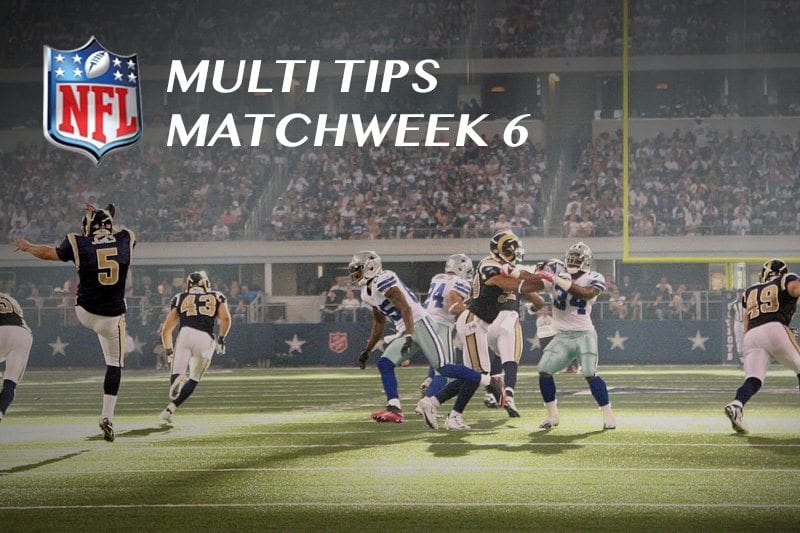 WE are entering the sixth week of the NFL season, but we are already able to separate the contenders from the pretenders.

The Chiefs, the Packers and the Redskins all look like they will be competing for a place in this year’s Super Bowl, but the Giants, the 49ers and the Browns already look to be out of playoff contention.

We are looking at a safe-as-houses multi this weekend and we are confident of getting a return on our investment in four matches that should pan out according to script.

Multi selections for week 6 of the NFL season:

Monday, October 16 from 4am AEDST at NRG Stadium, Houston

The Texans may be injury depleted coming into this game but they get the optimal bounce-back game here against the luckless Cleveland Browns.

The Browns are again winless five games into the season, which is an all-too familiar tale. The Browns only recorded one win last season and it would be a miracle if they could emulate that this campaign.

The Texans may have lost JJ Watt to a knee injury last week but their newly improved offense is what is most exciting about them. There was no shame in losing to the undefeated Chiefs in the manner they did last week, and we actually believe there were plenty of positives to take out of it.

The Texans will do this one in their sleep. The Browns are a terrible side and are the safest bet-against option all season.

Who would have picked these two sides to be battling it out for top spot in the AFC East six games in?

Many tips the Patriots to go through the season undefeated, but gaping holes in their defense have been exposed, and after shock defeats to Kansas City and Carolina we are not exactly sure where they stand in the NFL power rankings.

After losing their opening two games, the Jets have gone on a three game winning streak, and can take some real momentum into the bye. Veteran QB Josh McCown has lead the way for his side in an unexpected career resurgence at the ripe age of 38.

The Jets have lost 10 of the last 12 encounters against the Pats and that is the way we see this one unfolding. The Pats look unstoppable on offense and we think the Jets’ attack is not strong enough to go head-to-head with Brady’s boys.
New England to win – $1.28 at Neds.com.au

Monday, October 16 from 4am AEST at FedExField, Maryland

It is another team that is without a win in the form of the 49ers facing one of the big dogs of the 2017/18, the Redskins.

San Fransisco has yet to register a W but they have been surprisingly competitive, losing their last four games by three points or less.

The Redskins are fresh off a bye and will be raring to go. The bye came just at the right time for star tightend Jordan Reed, who had been battling a number of niggling injuries.

We liked the Redskins as a sneaky Super Bowl and outside of an opening week defeat, our opinion has not changed. They should smash San Francisco to guide us into the final leg.

One of the fiercest rivalries in the NFL rounds out our week six multi as the Cheeseheads battle the Vikings in Minnesota.

The Packers are their fourth-straight victory as they attempt to increase their lead in the NFC North. This will be the second-straight road game after their heart-stopping win over Dallas last week in Texas.

The Vikings have a condundrum at the quarterback position. Sam Bradford started the season on fire and looked every bit of the superstar college player he was drafted as, but following a knee injury the men in purple have been unable to lock down a QB. If Bradford can regain his best form the Vikings can do some damage this season.

Unfortunately for Minnesota it is coming up against arguably the NFL’s greatest-ever quarterback in the form of Aaaron Rodgers. The man is a beast and can single handedly win a game from his own arm. We are expecting him to finish our multi off in style.