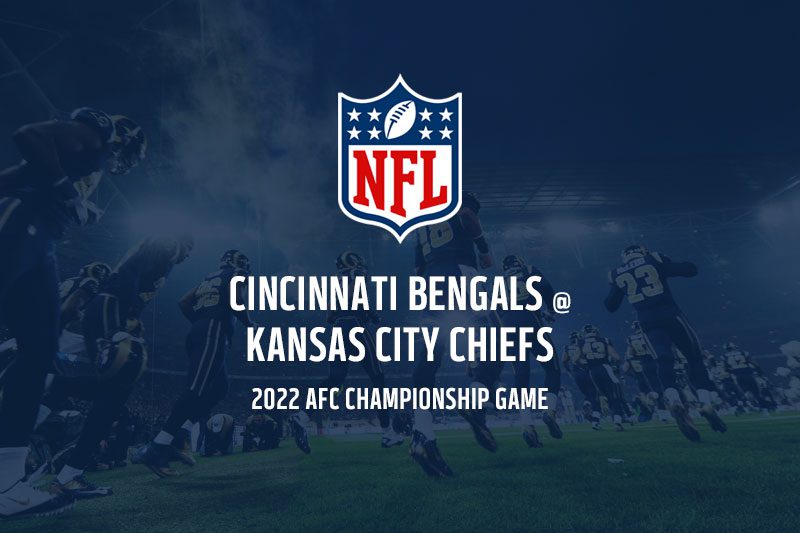 The Kansas City Chiefs can advance to the Super Bowl for the third-straight year with a win over the Cincinnati Bengals this Sunday. Here’s a look at our best bets for the AFC Championship Game.

Patrick Mahomes has been sensational for the Kansas City Chiefs (14-5-0) this postseason with 782 passing yards, eight touchdown passes and one interception in playoff wins over the Pittsburgh Steelers and Buffalo Bills. Last Sunday’s 42-36 overtime win over the Bills was considered by many to be one of the best playoff games of all time. The Chiefs are 11-1 over their last 12 games and 8-2 against the spread over their last 10 games. Their only loss over that stretch came on the road in a 34-31 game against their last remaining rivals for the AFC title.

The Cincinnati Bengals (12-7-0) improved to 5-1 (6-0 ATS) over their last six games with last Saturday’s upset win over the Tennessee Titans. Joe Burrow was pressured all game long and sacked nine times against the Titans, though he still managed to record 348 passing yards and lead his team to a 19-16 win as four-point underdogs. Burrow had 446 passing yards, four touchdowns and no interceptions in Cincinnati’s win over the Chiefs in January.

It’s a bit surprising to see a seven-point spread here. There’s no question that the defending AFC champions are the team to beat, but Burrow has established himself as a star quarterback in this league and it seems unlikely that he and the Bengals will go down without a fight in this one. On the other hand, Kansas City’s offense has been red-hot, averaging 33 points per game over the team’s last seven games with two straight 42-point games in the postseason, so this one could get out of hand in a hurry should Cincinnati falter.

The Bengals’ only loss over their last six games came in a game that they were resting their starters in. They’ve won five straight games they’ve played their full roster in and that stretch includes impressive upset wins over Kansas City and Tennessee. We’ll give them the benefit of the doubt that they can keep this one competitive as seven-point underdogs, even if they eventually fall short of the outright upset.

Joe Burrow has cleared 290 passing yards in five of his last seven games and is averaging 335.8 passing yards per game over his last four games. Whether this game winds up being a shootout or one in which the Bengals are playing from behind, virtually all scripts point to a game in which Burrow is throwing the ball a ton and racking up numbers. He should wind up with over 300 passing yards in this one regardless of the final score.