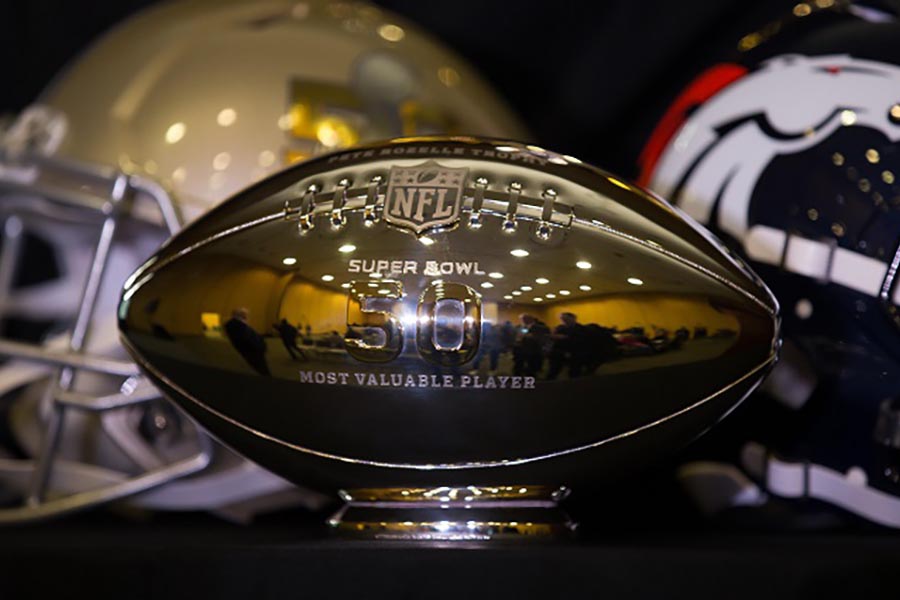 It is no secret that the best part of the Super Bowl is sports betting. The amount of things that you can bet on are endless, from standard over / under bets all the way to what colour Gatorade will be dumped on the winning coach.

Super Bowl MVP odds are directly dependent on who the bettor believes will win the game. If you think that the Bengals are going to win Sunday’s showdown, look no further than the quarterback to take home MVP honours.

Burrow has been on an unreal run in the playoffs, and really since the season began. Behind a putrid Bengals offensive line, Burrow has led the Bengals to one game from being crowned champions. After tearing his ACL just a season ago, Burrow has yet again stood strong in the pocket and put himself directly in the conversation for top quarterbacks in the NFL. If the Bengals are going to win this game, it is going to be on the arm of Burrow.

The Rams’ run defence is top-notch as they have a stout front four and should be very tough for running back Joe Mixon to get going against them. Led by Aaron Donald and Von Miller, the Rams are a tough customer against the rush. Their secondary on the other hand is beatable. After Jalen Ramsey, there isn’t much to worry about. Assuming that he follows Ja’Marr Chase all evening, Burrow has plenty of other options that can burn the Rams. Burrow is praised for not only his on the field athletic ability, but he excels in the above the shoulders stuff. He goes through his progressions as good as any other young quarterback in the game, which should allow him to find Tee Higgins, Tyler Boyd, C.J. Uzomah, or Joe Mixon in the passing game.

Burrow has shown that he is not afraid of the bright lights, and there is no bigger stage than the Super Bowl. He has taken the Bengals from being the league’s laughing stock to a legitimate contender for years to come. “January Joe” at +230 is perhaps the safest bet if you believe the Bengals will take the Lombardi Trophy home this year.

Listen, it’s not likely but if there is one kicker that is capable of winning the Super Bowl MVP wouldn’t it be McPherson? “Money Mac” was the only kicker selected in this past NFL draft, and he has proven the Bengals right every chance he has gotten. He has sent the Bengals to the next round not once, but twice this postseason. He has ice in his veins and looks to be the league’s next great kicker. “You’ve really got to walk out there and know in your mind that there’s really no way you can miss the kick” said McPherson in an interview this week. If McPherson is put in a spot to win a low-scoring game for the Bengals, he’s going to nail it. There has never been a kicker to win the Super Bowl MVP and there may never be one, but putting $5 to win $500 is awfully tempting.

The betting odds aren’t nearly what you might hope, but the books think it will be the Rams to win Sunday’s game and these odds are reflected here. In his first Super Bowl at the age of 34, it would sure be nice to not only see Stafford win the game but to win MVP honours as well. Stafford was drafted by the Detroit Lions with the first pick in the 2009 NFL draft. He spent 11 seasons in Detroit but only managed to make the playoffs one time, losing to the Dallas Cowboys in the 2014 season.

Stafford has always been respected around the league, as he put up major stats with little help during his time in Detroit. It was never Stafford’s fault why the Lions were so bad, and he has shown that in his first season in Los Angeles. Stafford has set multiple career highs and has a loaded offence with the likes of Cooper Kupp, Odell Beckham Jr, Cam Akers, Van Jefferson, and Tyler Higbee. Paired with the offensive guru Sean McVay, Stafford has looked like everything that the Rams thought he would be coming over from Detroit. Stafford is the betting app favourite to win the MVP because of his experience and the weapons he has on offence, overall this would be the safest bet on the board.

The last wide receiver to win the Super Bowl MVP was Julian Edleman against the Rams. Beckham wasn’t a part of that team but it would sure be funny to see a Rams wideout take home the honours.

Beckham has been targeted 19 times this postseason and has put up legit wide receiver 1 stats. Like Stafford, Beckham has looked rejuvenated since joining the Rams and getting out of a bad situation in Cleveland. At one time, Beckham was one of the best receivers that the league had to offer, but injuries and poor quarterback play in Cleveland have lowered expectations for Beckham and raised questions about him being a shell of his former self. After joining the Rams, Beckham has been Stafford’s favourite red-zone target. The 29-year-old has scored six touchdowns in 11 games with LA after scoring zero with Cleveland six games.

While Kupp (+550) might be the most likely of the Rams wide receivers to win the Super Bowl MVP, Sportsbet are giving much better odds for Beckham that might be worth throwing a couple of dollars on. There are certain players that show up to play in primetime and Beckham is surely one of them. He is a savvy veteran and it’s likely the Bengals focus on slowing down Kupp and leaving Beckham with some one-on-one matchups that he should be able to beat.

Who will be going to Disney World this year?