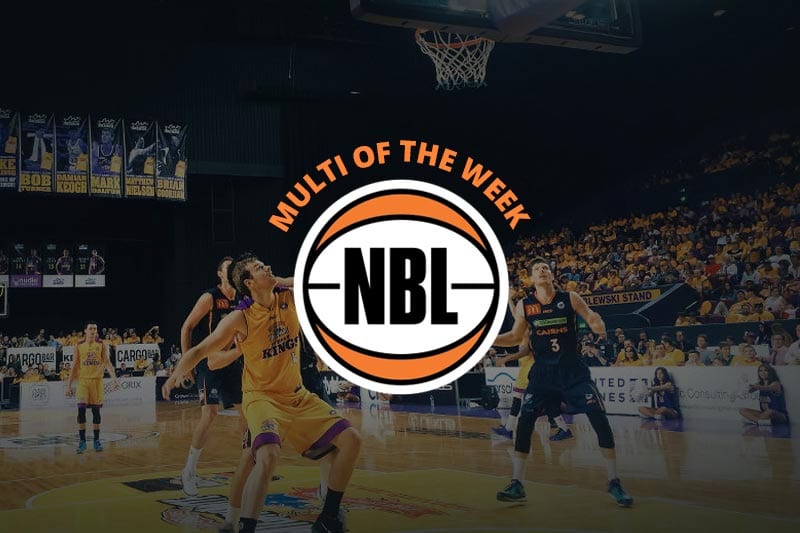 Sydney Kings kicked things off with a win over Perth Wildcats and backed it up one-point defeat of New Zealand Breakers in Auckland.

Even better were Brisbane Bullets, who edged out Melbourne United in Queensland and then trounced the NBL title favourites 90-74 on their own patch.

Those results, along with Illawarra Hawks’ upset win over Adelaide 36ers, have changed the look of the ladder considerably.

What will we see in round nine?

This week’s odds come courtesy of BetEasy – one of Australia’s best bookmakers for basketball betting.

NBL Multi of the Week – Round 9

The Wildcats copped only their second loss of the season last week in Sydney, but they bounced back right away with a 94-72 domination of Cairns at home.

That game witnessed the return of star shooting guard Bryce Cotton, who leads the league scoring averages with 23.9 points per game.

The Wildcats are so tough to beat at home, and there is value in backing them to win by four points or more.

Last week was supposed to be one of Brisbane’s toughest assignments for the season, yet they emerged with two wins against the title favourites and a spot in the top four.

The key to those wins was the even spread of the workload across the squad, with five Bullets players scoring in the double digits at Melbourne Arena.

Meanwhile, Adelaide’s infuriating inconsistencies are beginning to take a serious toll on their title aspirations.

The 36ers have as much firepower as any team in the competition, but their suspect defence was exposed again in the defeat to Illawarra.

Brisbane are buzzing right now and will be eager to keep the party going with another home win.

This is not about who wins, but who loses the least.

The Taipans are now winless in 10 games and looking less and less likely with each passing week.

Their average losing margin this season is 11.6 points, and Perth beat them by almost double that figure last time out.

The Breakers aren’t faring much better, having suffered five consecutive defeats since beating Brisbane on their last visit to the Sunshine State.

If NZ cannot snap their losing streak this Sunday, they are in big trouble.