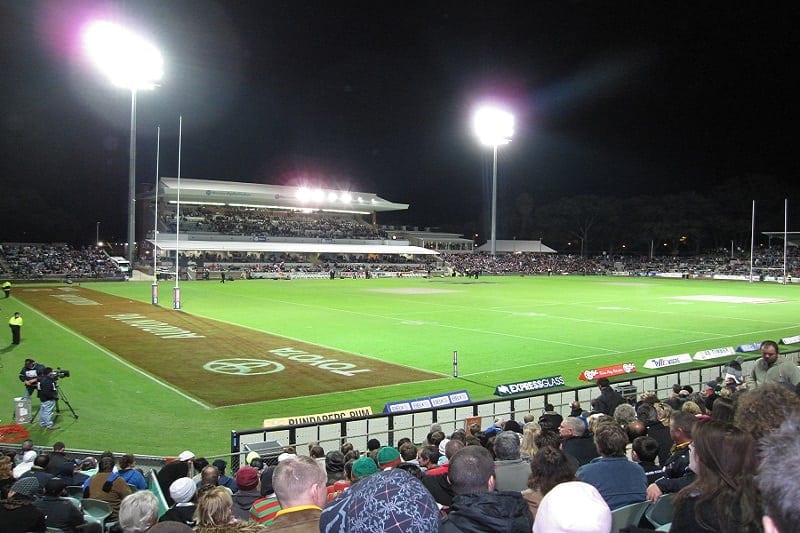 THE Melbourne Storm are the $1.80 favourites for the 2018 NRL minor premiership as the regular season enters its final fortnight.

The Storm reclaimed top position on the ladder after odds on favourites for the minor premiership the Sydney Roosters went down to the lowly Raiders 14-12.

The Storm and the Sydney Roosters ($2.50) look like the only two teams who can claim the honour, while the South Sydney Rabbitohs the only team under triple figures at the $7 quote.

Roosters coach Trent Robinson said in the aftermath of the two point loss in the nation’s capital that their failure to execute the game style was more disappointing than relinquishing the top spot.

“I see less a missed opportunity than to finish it off and play some of the footy we want to play,” Robinson said.

“It’s obvious you want to finish in a top position but I would’ve liked to have seen a little more to start the game from us.”

While the top two stand head-and-shoulders above the rest in the market, the ladder itself tells a different story.

One win separates first from sixth with two rounds to play, which is the closest the competition has been since its inception in 1908.

There’s a certain level of comfort at the top of the table however, with the Storm (177) and the Rooster’s differential being superior to the rest of the competition. It would take a miracle for either one of the current top two to miss out on a top of the table finish.

It’s a two-horse race for the minor premiership, but the main prize is as open as ever.

Four teams enter the last two weeks of the finals in single figures for the NRL title, while the Broncos, Panthers and New Zealand Warriors are all locked at the $21 quote despite still being able to finish inside the top-four if results go their way.

Robinson said the competition’s evenness can be attributed to the league enforced salary cap.

“Thank God we’ve got the salary cap to keep the competition equal,” he said.

“It’s been a circus and luckily we’ve got a highly talented group of rugby league players that get put under a salary cap and they keep producing each weekend.”