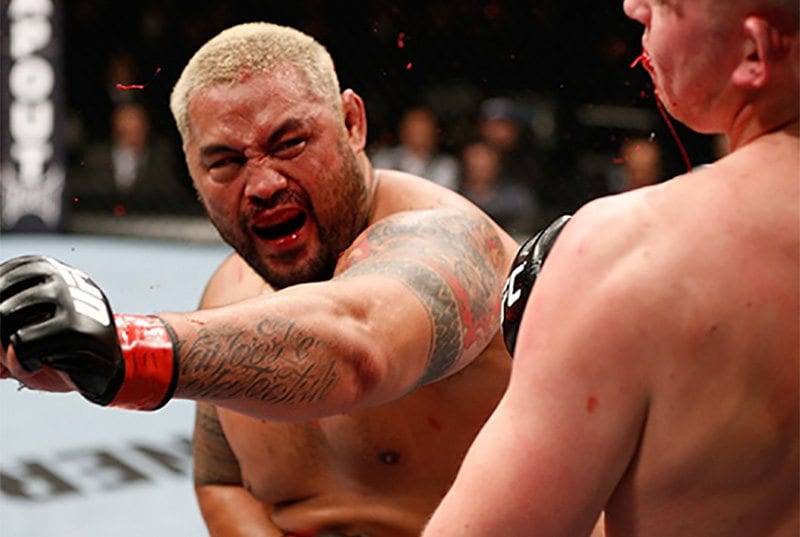 AUSTRALIAN MMA fighter Mark Hunt has been sensationally withdrawn from this month’s UFC event in Sydney after a confessional interview online were he professed to have concussion-like symptoms.

Ironically, the man that is set to replace him is Fabrício Werdum, who is said to have turned down a fight against Hunt at the recently-completed UFC 216.

Werdum is the $1.35 favourite at Sportsbet to beat Marcin Tybura ($2.90) on November 19 at Qudos Bank Arena in Sydney.

Hunt told website Player’s Voice that he will “forget something he did yesterday” and that he “stutters and slurs” his words after years of punishment, prompting the UFC to pull him from the event.

Hunt said his ongoing issues are the result of having “fought a lot of drug cheats and copped a lot of punishment from guys who were cheating”.

“I’ve still got my senses about me and I know what’s right and wrong, which is the main thing.

“Sometimes I don’t sleep well. You can hear me starting to stutter and slur my words. My memory is not that good anymore.”

Werdum fighting at the Sydney event will mean Brazilian will fight at the highest level of MMA twice in the space of just over a month, which indicates the issues surrounding Hunt’s omission from the card are related to the ongoing legal battles lodged against the UFC, rather than the fighter’s welfare.