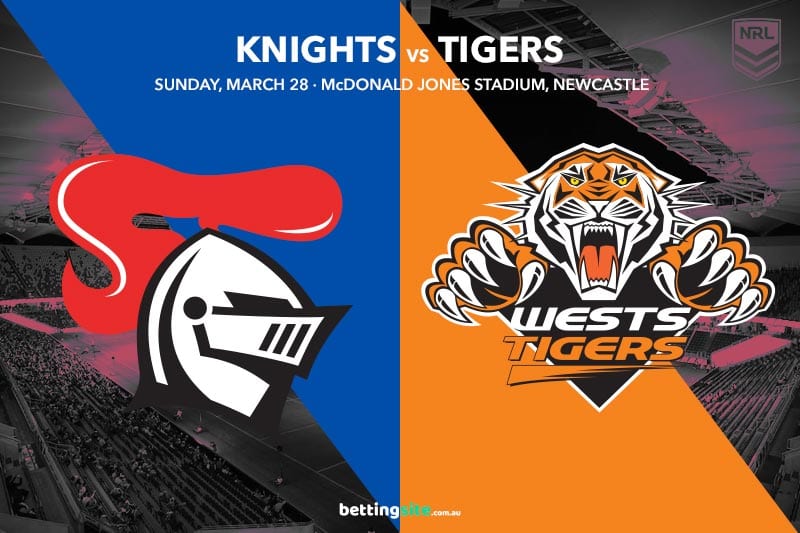 Two teams on different trajectories will meet at McDonald Jones Stadium this Sunday afternoon when the Newcastle Knights play host to the Wests Tigers in round three of the 2021 NRL season.

Newcastle have looked like a team who are poised to earn back-to-back finals appearances for the first time in close to two decades, whereas the Tigers seem destined to finish the year closer to 16th than to the top eight.

After signing the likes of James Tamou and talking all pre-season about how they expected to play September football, Wests’ start to the 2021 campaign has been uglier than they could have ever imagined.

In the pre-season this game looked like a 50/50 contest, but the $1.31 favouritism for Newcastle with top online bookmakers tells you how far that line of thinking has shifted.

The Roosters had the Tigers’ left edge for breakfast, lunch and dinner, and unless some big changes are made, the Knights will open them up at will down that side. Luke Brooks is going to have to contend with a rejuvenated Tyson Frizell, and it brings Enari Tuala and Starford To’a in as tryscoring options. Mitchell Pearce will be playing his 300th game, and if they do their homework, which Adam O’Brien certainly does, there will be a party on this side of the field if the Knights want there to be one.

Even though he came at a high price, Tyson Frizell is an early contender for signing of the year. This feels like the week to get behind him as a first tryscorer option running at Luke Brooks, who has had all sorts of issues defending in the opening fortnight. The Tigers have won three of their last four in Newcastle, but their last trip up the M1 resulted in a 40-point humiliation. The Knights are expected to win big going off the $2.10 for a 13+ win, and it would mean a fourth consecutive home win by that margin for Newcastle if it goes that way. Bradman Best starred against the Warriors, setting up two tries, but Sunday afternoon might be the time to back him to score two or more. 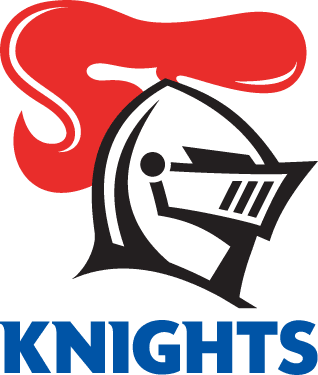 Trying to find where the West Tigers‘ points are going to come from is difficult. Two of their three tries so far in 2021 have come from Jacob Liddle crashing over from close range at dummy half, which does not bode well for a team who are going to need to score at least 24 to be in with a chance to win. Luciano Leilua is always going to be a chance to cross in any game due to his enthusiasm, but if Luke Brooks kicks the ball out of the stadium each time he grubbers it, then they’ll keep getting flogged. The +9.5 line also feels a bit skinny when you compare it to the Warriors, who have played well and won a game and got a bigger headstart, so probably best to avoid taking them there. The Knights’ right side has looked a bit suspect under fatigue, so it might be time to look to Asu Kepaoa as a tryscoring option in your bets. 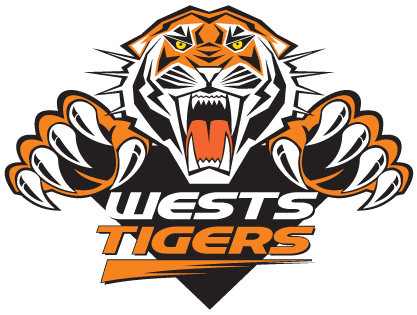 The Tigers have a lot of improving to do before we can tip them for an upset, so the Knights will continue their streak of victories by 13+ points at home. Adam O’Brien is searching for consistency to build their season, and they’ll give a good account of themselves this weekend.

We are taking the Knights at the -9.5 line into Tyson Frizell and Bradman Best both to score a try at any time. String that into a same-game multi at Sportsbet for an $8.75 return.