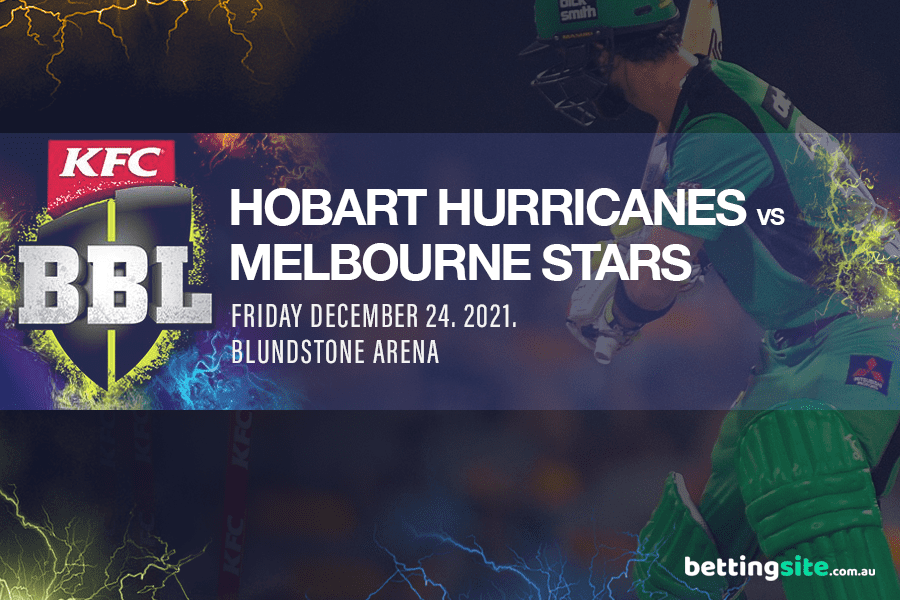 The Hobart Hurricanes and Melbourne Stars are set to battle it out at Blundstone Arena on Friday afternoon as part of the Hurricanes’ annual Christmas Eve match in the BBL.

Hobart will be looking to turn around a poor run of outs at home, having not won a game on their own patch in their last four attempts. After losing two consecutive games against the Perth Scorchers, the Hurricanes are languishing at 1-3 for the season. Alongside their poor home record, Hobart have lost four of their past five encounters with the Melbourne Stars.

As always, the Hurricanes will be heavily reliant on Matthew Wade and D’Arcy Short at the top of the order, with the opening duo one of the most dynamic in Big Bash League history. The pair put together a whopping 111-run opening partnership against the Sixers three matches ago but have only managed stands of five and 18 since. It is crucial that the two Australian internationals are at their damaging best if the Hurricanes are to cause an upset.

Despite a sensational century by captain Glenn Maxwell, the Melbourne Stars were not able to defend 5/177 against the Sydney Sixers in their last match. The top order for the Stars has been the issue so far in BBL11; Englishman Joe Clarke has struggled to make an impact, while Marcus Stoinis has been nowhere near his damaging best.

The Stars could not have asked for much more from Brody Couch and Adam Zampa with ball against the Sixers, with the duo combining to take 2/50 from the seven overs between them. Unfortunately, the likes of Qais Ahmed, Nathan Coulter-Nile, Andre Russell and Maxwell could not keep it as tight, and the dynamic Josh Philippe (99no) took advantage of their loose bowling and punished the Stars.

Online bookmakers have the Hurricanes as $2.11 outsiders as they look to snap a two-game losing streak, whilst the Stars will be looking to move their ledger to three wins and two losses in the Big Bash as $1.73 favourites.

Considering the lack of batting depth the Hurricanes have outside of Matthew Wade, D’Arcy Short and Ben McDermott, they may be up against it early if the Stars can strike during the powerplay. With Glenn Maxwell in fine form, Adam Zampa and Brody Couch proving miserly with the ball and the ever-dynamic Marcus Stoinis and Andre Russell in their ranks, the Stars look the goods.

D’Arcy Short averages 35 runs with the bat in T20 cricket but is yet to really get going in BBL11. It will be an early Christmas present for Hurricanes fans if the opening batter can replicate the innings he produced against the Sixers three matches ago. He managed an unbeaten 73 on that occasion, and with a big score needed from one of the Hurricanes’ top three on Friday, we anticipate it will be Short who cashes in on Christmas Eve. The $4 on offer for him to be the top runscorer for the Hurricanes is too good to be true.