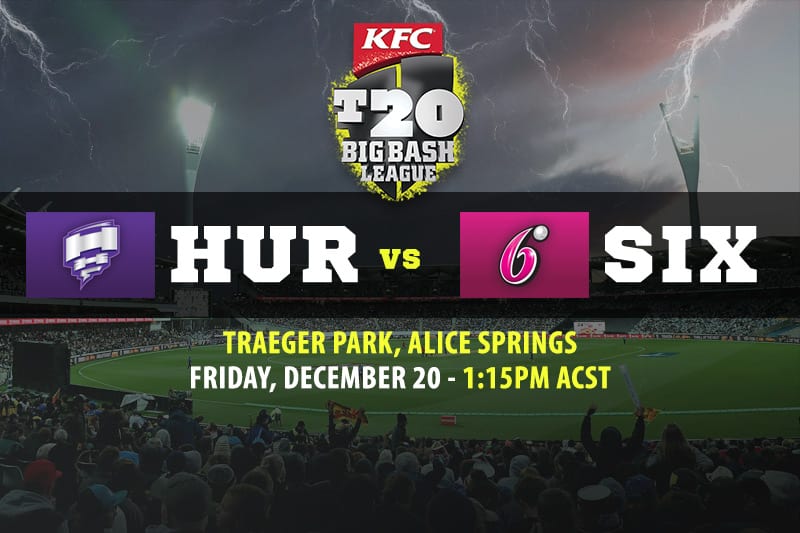 The Big Bash League is back and the matches are already going in unexpected directions. Who knows what will happen when the Hobart Hurricanes play the Sydney Sixers in Alice Springs this Friday?

Finishing on top of the BBL standings last season but bowing out of the finals was a shame for the Hurricanes, but the new season gives them another opportunity to claim their first Big Bash title.

The Sydney Sixers were near unstoppable in their home opener against the Perth Scorchers on Wednesday, dominating with both the bat and ball in a telling display.

The key for Sydney is to win as many matches as possible before Steve Smith enters the lineup for the final few matches. If the men in pink are still in the hunt for finals by then, Smith’s inclusion will give them a huge boost.

Matches scheduled at Traeger Park were infamously abandoned last season due to insufficient outfield quality, but it appears as if the pitch is ready to go.

D’Arcy Short 30+ runs @ $2 with BetEasy
No player has made more runs in the past two BBL seasons than D’Arcy Short, who hit some 637 runs at 67.62 last summer. Short will open for the Canes and needs to from the from the front with Matthew Wade away on Test duty. The $2 price for Short to score 30 runs or more is very healthy.

Josh Philippe 40+ runs @ $3.50 with BetEasy
If you caught the back end of Tuesday’s game, you would have seen a batting masterclass from Josh Philippe. The young keeper-batsman claimed the Man of the Match award with a stunning 81no which included a six on the final ball of the match, when he only needed a single, landing on the roof of the SCG pavilion. That knock will give Philippe plenty of confidence for Friday’s clash with the Canes.

Tom Rogers @ $5 with Bet365
Rogers made a name for himself as a dangerous prospect back in February 2018 when he took the first three wickets in the semi-final against the Perth Scorchers. Rogers is the favourite in the top wicket-taker market at Sportsbet.com.au, but Bet365 has him listed at much more generous odds.

Ben Dwarshuis @ $5 with Bet365
The Sixers put on an excellent all-round display in their opening game of the BBL season. The bowlers all did their bit, but Ben Dwarshuis was clearly the most efficient of the lot and chimed in with two crucial wickets. With a change to his approach and better execution, Dwarshuis has developed into a great T20 bowler.

The Sixers have an excellent balance of strong batsmen and capable bowlers who proved their worth against the Scorchers. The Hurricanes will not enjoy any home field advantage in Alice Springs, so the scales are tilted in Sydney’s favour.