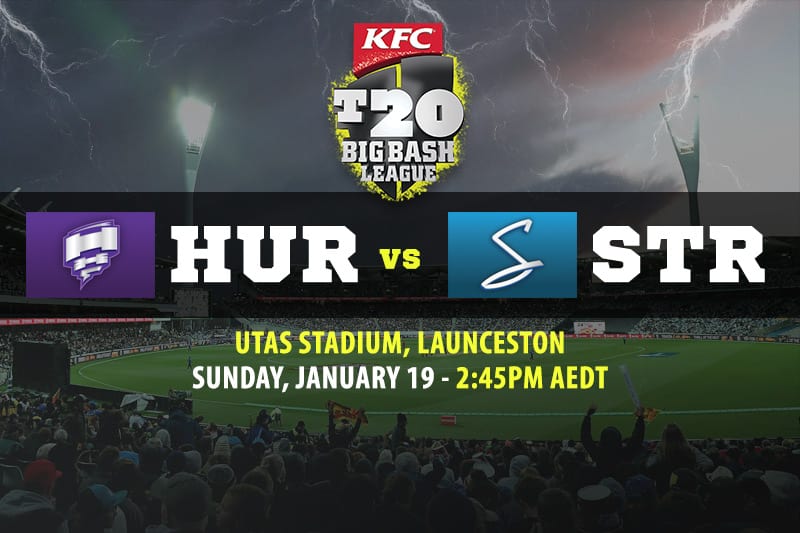 The 2019-20 Big Bash League fixture has thrown up plenty of highlights already, and this match between the Hobart Hurricanes and Adelaide Strikers could be one of the best games yet.

When you see Test stars Matthew Wade and Travis Head batting for their respective franchises, you expect to see some quality hitting.

These teams have yet to meet this term, meaning they will face off twice in the final nine days of the BBL regular season.

The Strikers are in desperate need of a victory having lost four of their last five encounters, while the Hurricanes have lost three straight games.

Both teams are still in the mix to make the BBL finals, but whoever loses in Launceston on Sunday will face an uphill climb for a spot in the top five.

Matthew Wade Hurricanes top runscorer @ $3.10 with Sportsbet
With an average of 26 runs per innings in his first four matches of BBL09, Matthew Wade has plenty more to give. The diminutive lefty is waiting for a bowling lineup that he can destroy, and the Strikers will be one to have a go at. If Wade doesn’t go out against Rashid Khan, he will make a large score facing Peter Siddle et al.

Travis Head Strikers top runscorer @ $3.75 with Sportsbet
It has not been the most ideal start for Head’s BBL campaign, but the Strikers captain has still hit five boundaries from 24 balls. The Adelaide native loves batting first and giving the opposition something to hunt, but he is even better when he chases. Head is a very good player at this level and won’t stay quiet for long.

Clive Rose 2+ wickets @ $2.15 with Ladbrokes
Something has changed in the past few matches that has turned Clive Rose from an economy specialist to a wicket-taking spinner. Three wickets in his last two matches is nothing to brag about, but for Clive it is a big step in his career. We think he will continue on that path against the Strikers, who are known to take on the spin.

Michael Neser 2+ wickets @ $2.50 at Ladbrokes
We are happy to see Michael Neser back on the cricket pitch for the Adelaide Strikers. He took two wickets against the Sixers and has claimed some notable victims in his most recent two games, including Chris Lynn for a golden duck. Neser has been taking wickets from minimal amounts of overs, meaning he is a chance to cash in if he bowls his full four.

Adelaide Strikers to win @ $1.75 with Sportsbet
A few weeks ago, we thought the Hobart Hurricanes could sneak inside the top five with a good run of results, but they are not getting it done and now loom as a percentage booster for opposition sides. The Adelaide Strikers cannot let this one slip through their hands if they wish to make an impact in the BBL finals.