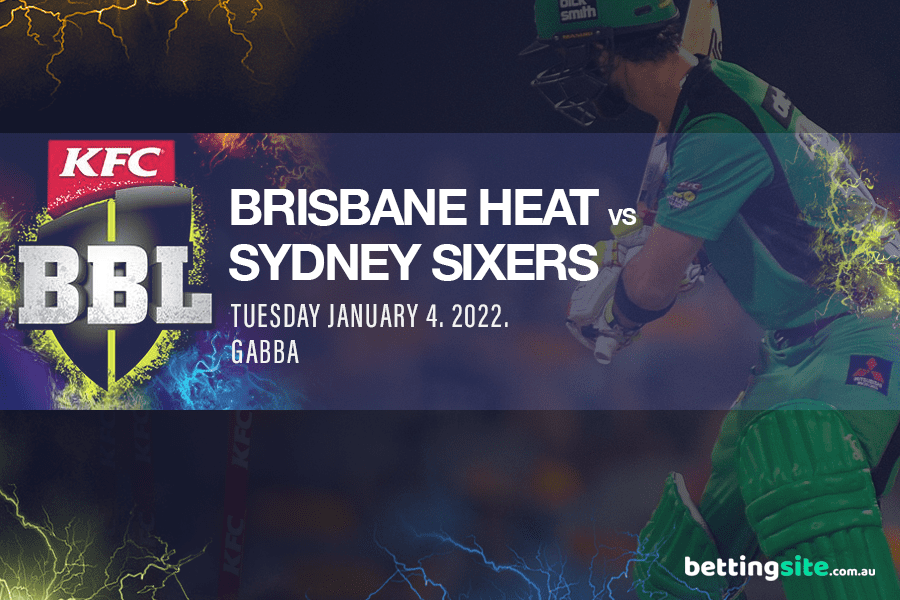 Following an upset win over the Hurricanes, the Brisbane Heat will be looking to build on their form when they host the Sydney Sixers at the Gabba on Tuesday night in BBL11.

These two sides clashed on December 29 in what is arguably the match of the season so far. The Heat were skittled for 105, whilst the Sixers needed every bit of the 20 overs to chase down the total on the final ball when winning by two wickets. With this match being played on a pitch many consider as the best in the world, we expect this to be a high scoring affair, especially if the opening bowlers cannot strike in the powerplays.

Subsequently, the Brisbane Heat travelled down to Hobart and despite seemingly setting a below par score of 8/150, they were able to walk away victors to the tune of 14 runs. The Heat were floundering at 6/77 before James Bazley smacked an unbeaten 44 off 27 balls and in a 42 run stand with Jack Wildermuth gave the Heat bowlers something to bowl to.

When the Heat had Ben McDermott and Matthew Wade back in the hut by the end of the second over, they were always in a winning position and just needed a touch of composure. The composure came from the lesser-known Xavier Bartlett (4/30) and international superstar Mujeeb Ur Rahman (3/20) in what handed the Heat just their third win in BBL11. If the bowlers can repeat that effort against the Sixers, they are in this game right up to their necks.

The Sydney Sixers are seemingly the biggest dangers to the Perth Scorchers in BBL11 and will be needing to claim victory against the Heat following their last match against the Renegades being abandoned without a ball being bowled. In their previous match against the Heat, their top order crumbled when chasing 105 and will be needing a much better output. Josh Philippe (0), James Vince (0), Daniel Hughes (6), Jordan Silk (3) and Dan Christian (2) were all dismissed for single figure scores, and it was left to Sean Abbott (37*) and Ben Dwarshuis (23*) to steer the Sixers home.

It was a complete all-round display from Abbott and Dwarshuis with the two combining for 6/44 from their eight overs. With Hayden Kerr (2/18) proving beneficial with ball in hand and they will be needing a similar performance to restrict the Heat from posting a mammoth score which they are more than capable of.

Considering their recent efforts, the Brisbane Heat may present some value at $2.55 with online bookmakers, but the Sydney Sixers are rock solid $1.55 favourites to claim victory.

The Brisbane Heat are sitting at 3-5 just over the halfway mark of the competition and they are yet to have a complete performance to their name. Chris Lynn is yet to unleash in BBL11 outside of his 57 against the Stars at the Gabba three matches ago and if he can get going on Tuesday night, he is capable of anything. He’ll need support from the likes of Jimmy Pierson, Ben Duckett and Max Bryant if the Heat are to be competitive with bat in hand. The bowling side of things will look after themselves, but if the Heat are to win like we think they will, then they need to be at their best with the bat.

On the back of a career best spell in T20 cricket, we’ll be hoping Xavier Bartlett can back up his 4/30 against Hobart with another couple of wickets against the Sixers. He picked up 2/22 when these two sides clashed at the SCG picking up the key wickets of James Vince and Dan Christian. He is arguably the Heat’s most dangerous bowler with the new ball and with 11 wickets in six matches this season, we expect the big quick to continue his fine form. $2.60 is available for Bartlett to take 2+ wickets and it is value we are finding hard to ignore.