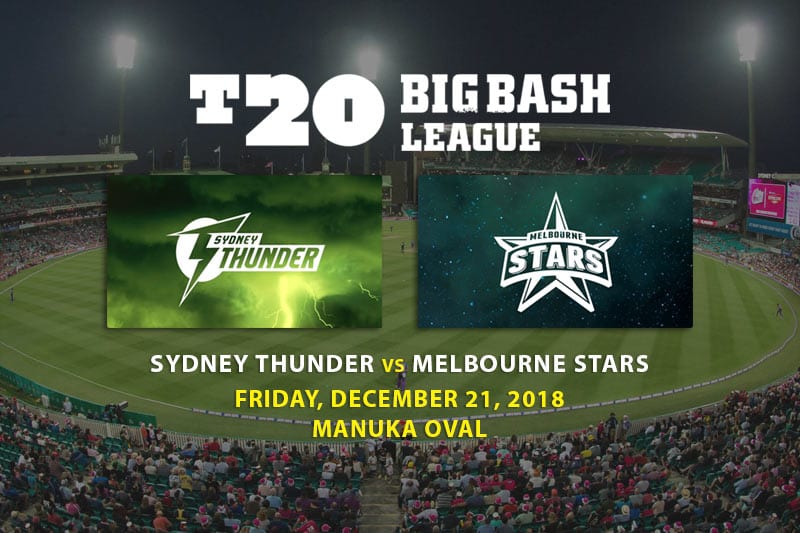 NOBODY was green with envy over these two teams last season.

They fell short by only two points and percentage, yet Sportsbet.com.au has them pegged as $4 favourites to finish bottom of the ladder this time around.

That might seem a little odd when you look at the top-end talent in the Thunder’s batting order.

The evergreen Shane Watson leads the way, while Jos Buttler returns to back up an explosive stint at Spotless last term.

Joining his England teammate in the green half of Sydney is Joe Root – one of the world’s top bats across all formats.

It is the Thunder’s bowling stocks that leave a lot to be desired.

Pat Cummins is tied up with the Australia vs. India Test series and Mitchell McClenaghan is gone, which leaves rookie quicks Liam Hatcher and Daniel Sams to fill out the pace attack.

On the plus side, Arjun Nair is eligible to play after serving time for an illegal bowling action.

The only way is up for a Melbourne Stars outfit that finished rock bottom last season with only two wins from 10 games.

With that lot out, the Stars have made some significant moves since last summer.

Headlining the new recruits is West Indies allrounder Dwayne Bravo, much to the chagrin of Melbourne Renegades.

Nic Maddinson is another new face, but the former Sydney Sixers star is out with a broken arm suffered on his Sheffield Shield debut for the Vics earlier this month.

That game also left Marcus Stoinis with an ankle injury, while Daniel Worrall broke down during South Australia’s clash with New South Wales in the same round of Shield fixtures.

Stoinis has declared himself fit for Friday’s clash in Canberra, but Worrall and wicketkeeper Seb Gotch (finger) could sit out until the middle of the campaign.

With Hastings retired, Glenn Maxwell takes over as captain in the green half of Melbourne.

The dashing allrounder made headlines this week when he opted out of the IPL player auction to focus on first-class cricket and a Test recall.

Next year’s Ashes series is the ultimate goal for Maxy, but there is a whole summer of white-ball fun to occupy him in the meantime.

We all know what the flamboyant Vic is capable of, and we might see more of his brilliant best now that he is calling the shots.

Maxwell has made it clear in recent interviews that he wants to bowl, so he may offer some value on that side of the betting in the early fixtures.

Add a wicket or two to this guy’s explosive shotmaking and world-class fielding, and you have a very good shout for Man of the Match.

The unknowns make this a tough one to call.

How will Thunder’s inexperienced bowlers fare under the Friday night lights?

Do the Stars’ big names and new boys make up for their injury woes?

One thing to consider is the nature of the venue.

Manuka Oval boasts one of the largest playing surfaces in Australia, so that may tilt the advantage towards the Melburnians.

With Bravo in and Stoinis fit, the Stars also have a few more classy options with the ball.

Melbourne Stars to win – $2 at Sportsbet