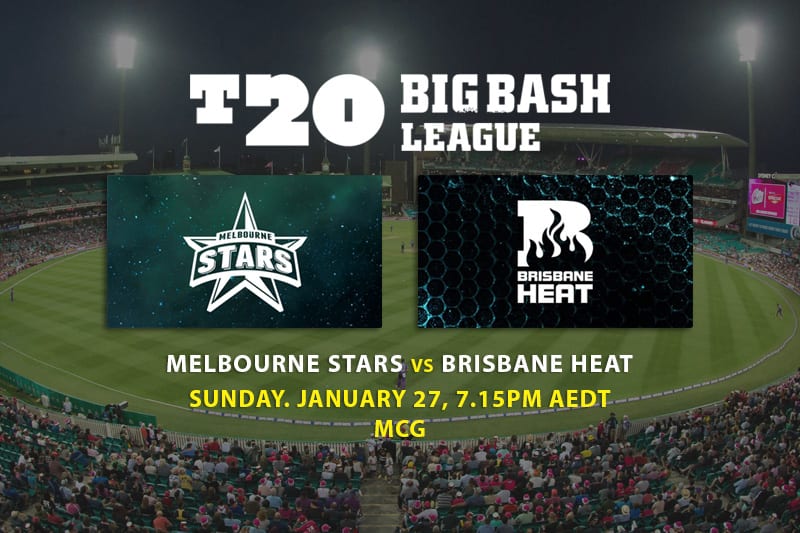 THE return of two world-class all-rounders has breathed fresh life into the Melbourne Stars’ 2018/19 BBL season and shaken up the race for the title.

The Stars have won two games in a row since the return of Marcus Stoinis and captain Glenn Maxwell from international duty, catapulting them into fourth position on the ladder.

Melbourne will continue its chase for a seventh finals appearance in eight seasons when it takes on a similarly-desperate Brisbane Heat outfit at the MCG on Sunday night.

Stoinis and Maxwell have provided the Stars with one of the most dangerous and powerful batting lineups in T20 cricket and given the team renewed belief after a lean patch of form.

Brisbane, which relies heavily on its powerful batting duo of Chris Lynn and Brendon McCullum, have found it tough this season to capture consistency.

Brisbane may sit second last on the ladder, but are only two wins outside of a finals position and will be no easy pushover for the Stars in this one.

Maxwell has proven to be an effective captain and has reinforced his ability to be a match-winner with both bat and ball.

While his batting hasn’t been needed in recent victories, he still looms as the man capable of taking the game away from Brisbane in this contest, and most importantly for punters, he’s due for a big knock.

Maxwell averages a very handy 27.20 from his six innings in the season thus far and has the ability to play responsibly and knock the ball around for singles and twos, or go on the attack and target boundaries at will.

What’s more, Maxwell has opened the bowling at regular intervals with his cheeky off-spin, making him a quality all-round option in both betting markets, as well as man of the match.

Momentum is a hell of a thing in cricket and while the Brisbane Heat will improve on its last batting effort — a disappointing 98 all out — they simply aren’t playing well enough to notch a win against Melbourne.

Look for the Stars to consolidate its finals position with another win and for Glenn Maxwell to be the key to victory.

Melbourne Stars to win – $1.71 with Sportsbet