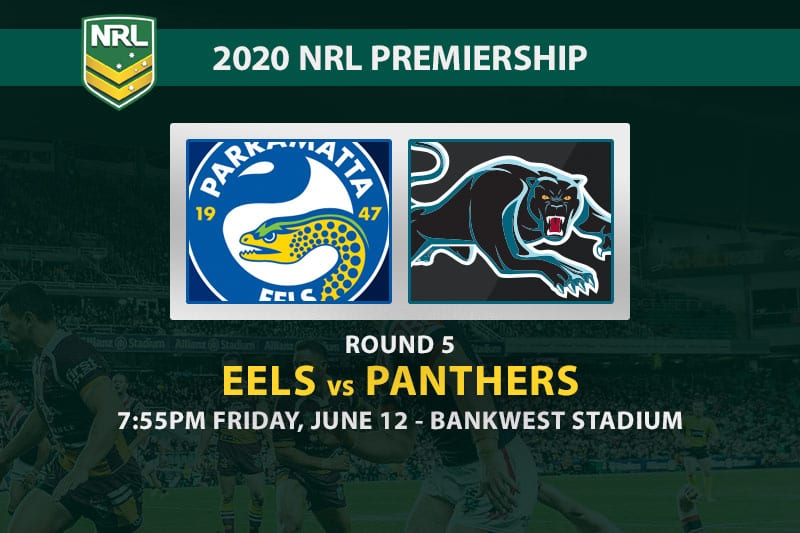 Western Sydney rivals Parramatta and Penrith will face off in a Friday night blockbuster that many feel will be close.

Since the resumption of the 2020 NRL Premiership on May 28, the average margin of victory has been 18.6 with 13 of the 16 games decided by double digits.

This should be a single-digit margin as both these clubs put up their undefeated starts in a good old-fashioned local derby.

The Parramatta Eels have won 11 of 13 games they’ve played so far at Bankwest Stadium, but one of those losses came at the hands of the Panthers.

Parra snuck home with a 19-16 win over Manly in their last start and this will be another good test for them to back up against an undefeated team.

Waqa Blake was hit with a grade one careless high tackle but will be free to play if he takes the early guilty plea, meaning the injury-free Eels will once again field a strong side.

Parramatta have a height advantage out wide with Blake Ferguson and Maika Sivo over Brian To’o and Josh Mansour, so look for either of the Eels wingers to score off a kick as well as notching the first try.

The Penrith Panthers will be boosted by the huge inclusion of Nathan Cleary in the starting halfback role. Just who will partner him is the big question.

Both Matt Burton and Jarome Luai will be named, but has Luai done enough to hold onto his starting job?

Burton was the more impressive player overall against Newcastle and scored a double against the Warriors, so it leaves coach Ivan Cleary with a nice headache.

The $2.75 for the Panthers reflects their draw to start the year with two wins over the Dragons and Warriors, as well as dropping a point to Newcastle.

While some may see those results as soft, Penrith did defeat the defending premiers back in round one, so there is some indication they belong at the top end of the competition.

Best bets for Eels vs Panthers

Either team to win by eight points or less