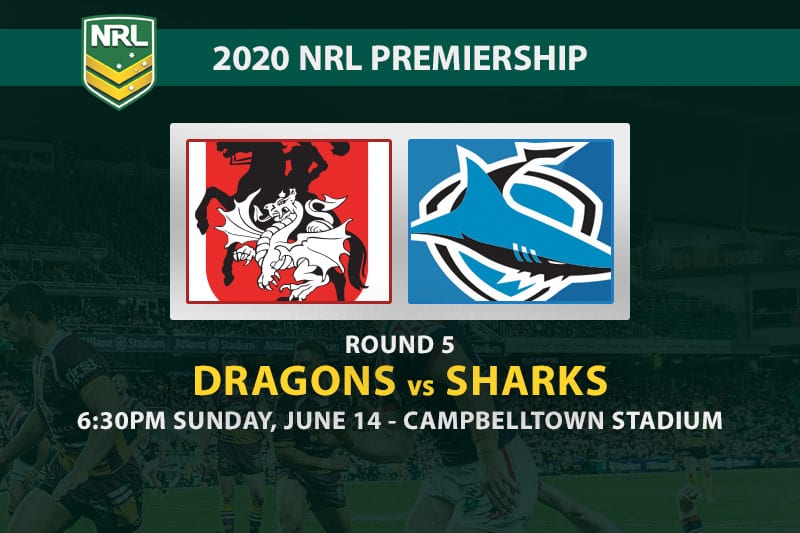 Normally, we talk about this fixture as one of the NRL’s great local grudge matches, but instead the headlines are all about the future of Paul McGregor.

After an emergency board meeting Tuesday morning, it was decided he would remain at the helm of the St George Illawarra Dragons, although for how long is anyone’s guess.

With distractions like that hanging around a playing group, the Saints are almost unbackable.

McGregor changed the spine for their 22-2 loss to the Bulldogs, yet rookie halfback Adam Clune was unable to get the touches a first-choice number seven is entitled to.

He has remained with the same spine but has promoted Tyrell Fiumaono after Tariq Sims picked up a wrist injury.

Even with the club trying to end any doubt about the head coaching position, they’ve somehow created more headlines.

Considering their disastrous form line, it is shocking that the Dragons are only $2.90 outsiders.

They’ve been held tryless against the Warriors and Bulldogs since the competition resumed, so you’d think $1.62 at Sportsbet for the Cronulla Sharks to score the first try will be taken up by gamblers at the big end of town.

The Sharks went to North Queensland in search of two points last week and not only got them but found a return to form for Jesse Ramien.

The bulky centre scored two tries and set one up for Ronaldo Mulitalo, and he would be licking his lips at this opportunity.

Euan Aitken is constantly in and out of the St George Illawarra lineup and seemingly low on confidence, and he is now tasked with tackling a bull in a china shop.

Based on that, Ramien looks a good shout in the first try scorer market and a decent chance to score another multiple.

A two-leg multi of both the Roosters and Sharks for 13+ wins at around $3.90 might be where the punters look to maximise their return without too much risk.

Best bets for Dragons vs Sharks