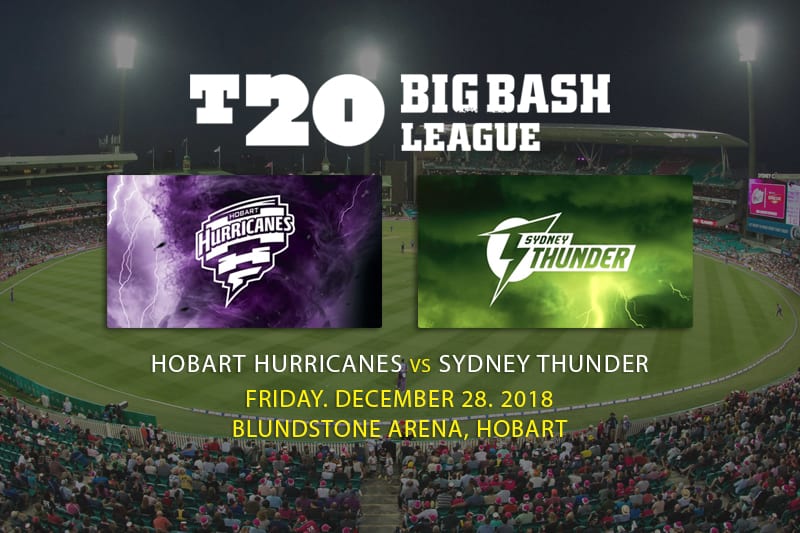 THE Hobart Hurricanes couldn’t have asked for a better start to the new BBL season.

Winning both games against the Melbourne Stars and the Brisbane Heat, the ‘Canes look like the best team in the competition to date.

While their roster is arguably as deep as it has even been since the Big Bash League’s inception, it has been a one-act affair to date with D’Arcy Short dominating both contests. Short was been named Man Of The Match in both games and is currently the BBL’s top run scorer.

The Hurricanes face the Sydney Thunder in a match that will hand the vanquished team their first loss of the season.

While their wins over the Stars and the Sixers looked easy on paper the Thunder did themselves no favours in those matches, leaving the door ajar until very late after gaining early ascendancy. A similar lapse will be costly against a team as deep as the Hurricanes.

The Thunder will also be up against history in Hobart.

The Hurricanes have won their last four match ups on their home deck, with masterblaster D’Arcy Short top scoring for his team in his last quartet of underlights games in Hobart.

Winning Man Of The Match honours in both games thus far, not only does Short top the BBL for runs scored so far this campaign, but he has also proved adept at turning the arm over.

Short took two vital wickets for just 23 runs in the ‘Canes strong win over the Melbourne Stars to complement his quick-fire 34 of 22 balls.

It really seems that Short can do it all in BBL|08.

The market cannot decide who should be the favourite heading into this match up but we believe the Hobart Hurricanes hold the advantage going into Friday night.

The ‘Canes could not have been more impressive in their two victories to date, and while the Thunder come into this match boasting the same record, the way they left the door open against the Sixers was disappointing.

We also feel the Thunder are a little top-heavy. If Buttler or Watson don’t hit the bulk of their runs there aren’t many options down the line.

Conversely the ‘Canes have Alex Doolan, Ben McDermott and even the man they call “The Finisher” James Fulkner right down the order who can peal off runs at a fast rate.