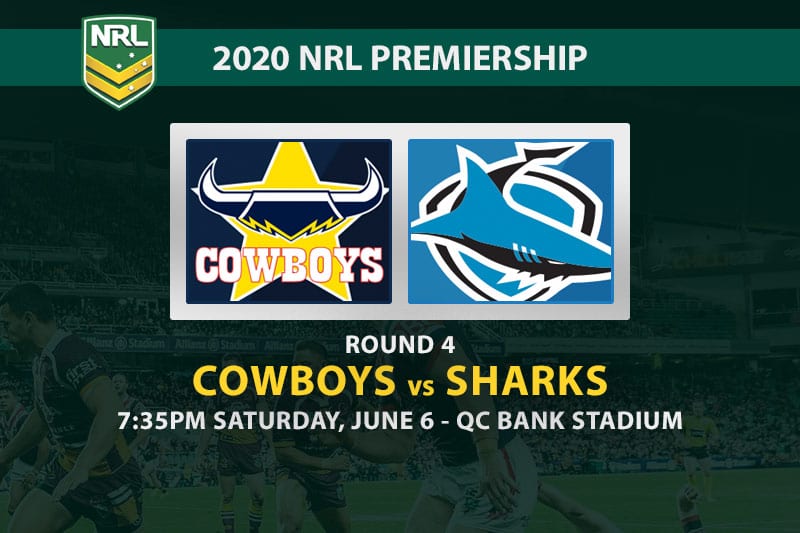 The North Queensland Cowboys will miss their weapon of mass destruction, Jason Taumalolo, when they host the Sharkies in round four of the 2020 NRL Premiership.

With the Tongan international in the side, you would expect North Queensland to take care of business on their home ground against an undermanned Cronulla Sharks outfit who fell apart in the second half last week against the Wests Tigers.

North Queensland will bring debutant Tom Gilbert onto the bench and the old warhorse in Gavin Cooper to bolster their forward depth.

Josh McGuire will move to lock to cover for Taumalolo, while Francis Molo will start in the front row.

An interesting note about the 2020 Cowboys is they’ve scored more tries in their first three games of the season than they did in their final six games of 2019.

Valentine Holmes becomes a bigger headache by the week for his opposition and the inflammatory comments made by Wade Graham about his Cronulla exit will be sure to fire him up.

You can get a price of $10 at Sportsbet for Holmes to score two or more tries in his first outing against his old club, while $13 to score first is also tremendous value.

Sharks half Chad Townsend will miss the game due to a hamstring injury, with Matt Moylan set to replace him in the squad.

Cronulla currently sit at $2.25 in the match betting and could firm closer to kick off, such is the significance of the Cowboys missing Taumalolo.

Another stat worth noting is that Josh Dugan has scored in his last four games against North Queensland and is currently paying $3.20 to cross the stripe at any time during the match.

Ben Hampton saluted as the first try scorer for the Cowboys last week, but look to the other side of the field for this one with Kyle Feldt ($9.50) and Esan Marsters ($15) presenting great value against a defensively shaky left edge for the Sharks.

Best bets for Cowboys vs Sharks