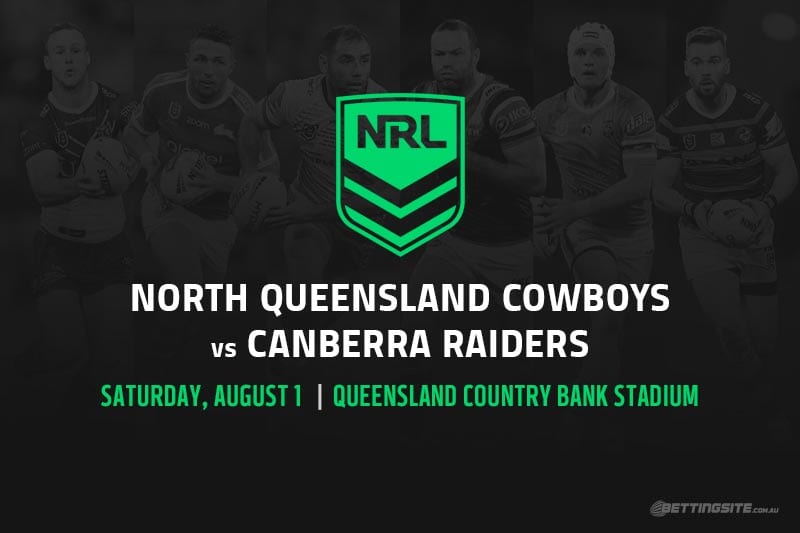 The Canberra Raiders have settled after losing their influential hooker Josh Hodgson, but they face more disruptions from injury with star fullback Charnze Nicoll-Klokstad set to miss up to a month with a compound dislocation of a finger.

The good news is John Bateman has been named in the starting side, while new recruit Corey Harawira-Naera is on the interchange bench and will play his first game for 2020.

Curtis Scott has also earned a recall and has a great chance to make amends for an unhappy start in lime green.

All in all, the 17 listed to start for the Raiders are more than capable of getting the job done in Townsville, where they hold a 9-12 record since 1995.

The North Queensland Cowboys come in as the $3.35 home underdogs and their patchy form is the reason why.

At different stages against Manly and Penrith they competed well, but against the Sea Eagles they bombed two clear tryscoring chances that may have altered the result.

The line at 8.5 is also tricky to predict. The Raiders’ last two starts have been wins by four and six points, but they should rack up a double-digit margin on a side who are making up the numbers in 2020.

Jarrod Croker against the troublesome right edge of the Cowboys presents good value at $15 to score the first try, while George Williams at $26 might be worth consideration as he loves taking the line on and the Cowboys are vulnerable defending four in from the edge.

Kyle Feldt is just one back from joining the lead in the competition tryscoring, and the $13 on offer for him to score first is one of the few times you’ll be able to get north of $10 for the star winger.

Best bets for Cowboys vs Raiders