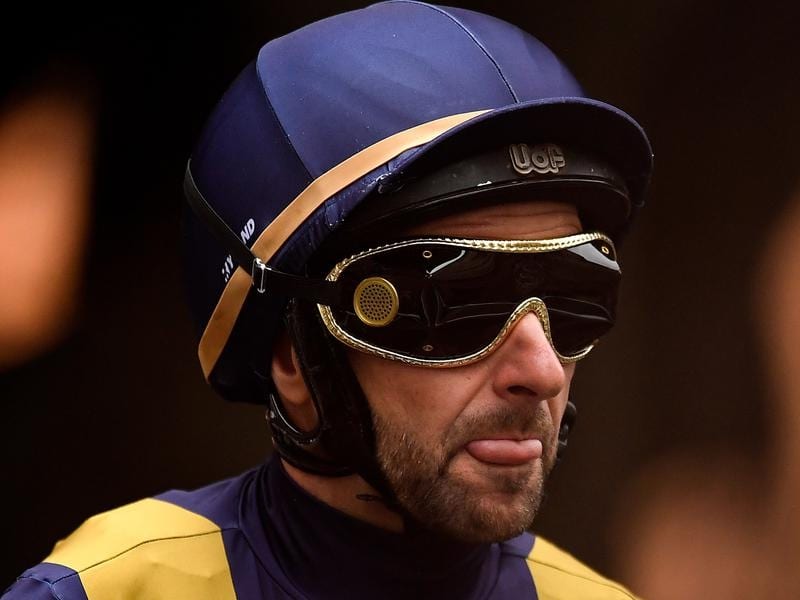 Jockey Larry Cassidy has been riding throught the pain barrier with kidney stones.

Veteran Larry Cassidy has again shown there are no tougher sports people than jockeys.

Cassidy was doubled over in pain with a sudden kidney stone attack at Sunshine Coast track work this week.

“I have had them before and anyone who has also had them will tell you the pain is unbelievable,” Cassidy said.

“Lucky I was just about to mount a horse and not around at the 600 metres.”

“I had rides at 54kg on Saturday and hadn’t been drinking much water which is of course the way to move kidney stones.”

Cassidy tried to move the stone even with a short hospital stay.

He said without going into full details the kidney stone had not passed by Saturday but had moved to position where he was not in pain.

Stewards agreed to let Cassidy forgo his mounts at 54kg so he could keep up his fluid intake.

Cassidy was able to continue his good association with Godolphin when he rode Badajoz into second place from an outside barrier in the Listed Bribie Handicap.

“If the stone doesn’t pass soon I will need day surgery to remove it but I won’t miss any meetings,” he said.

Cassidy is rapidly moving in on 3000 career wins to go with his 43 Group One victories.