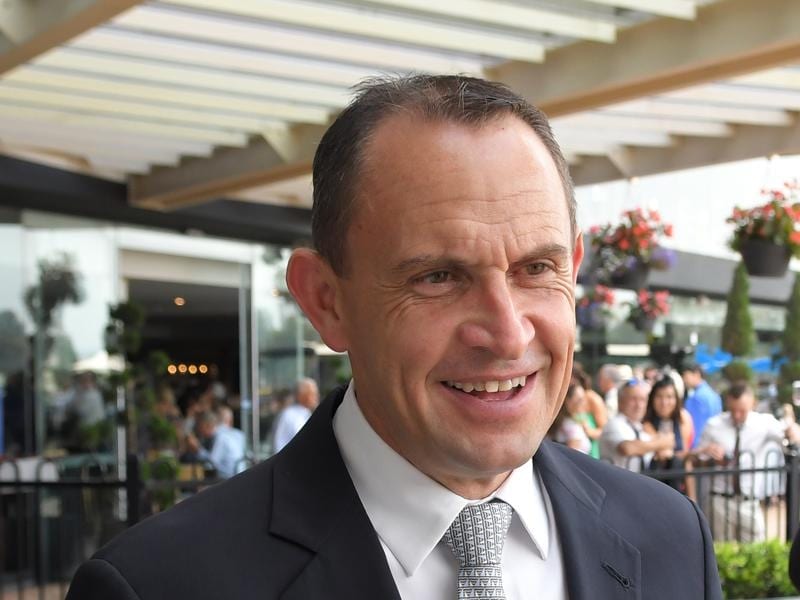 Trainer Chris Waller is likely to have two runners in the Group Two Villiers Stakes at Randwick.

The winner of Saturday’s 1600m-race gains an automatic start in the Group One Doncaster Mile in April.

Waller has won the Villiers once with Honor In War when the race was held over 1400m in early January 2008 after equine influenza halted Sydney racing.

Honor In War was awarded the race on protest after Takeover Target was first across the line.

Cellarman, third behind Ranier and Liver And Free in the Festival Stakes, the traditional Villiers lead-up, and Sambro who finished 10th are likely to line up.

“Cellarman is going terrific. He has never been going better.

I’m just a little bit concerned about what weight he might carry.

“We will have Naval Warfare, High Bridge and possibly Alward in the Christmas Cup.”

The Christmas Cup is over 2400m and Waller’s most recent win was with Vassal in 2017.

At the other end of the age and distance scale, Waller may possibly have two runners in the sales-restricted Inglis Nursery (1000m) for two-year-olds.

“September Run and possibly a filly called Canadian Spice will go to Inglis race,” he said.

“We’ve got a nice group of young horses.”

Both September Run and Canadian Spice are unraced and sport the Hermitage colours carried by last season’s three-year-old star The Autumn Sun.

While he is looking forward to the youngsters’ debuts, Waller has farewelled an older member of the stable with 2018 Metropolitan winner Patrick Erin returning home to New Zealand.

Patrick Erin has gone back to Brian and Shane Anderton’s stable at Wingatui in the south of country after two seasons in Sydney.

The eight-year-old gelding won 10 races when previously trained by the Andertons.