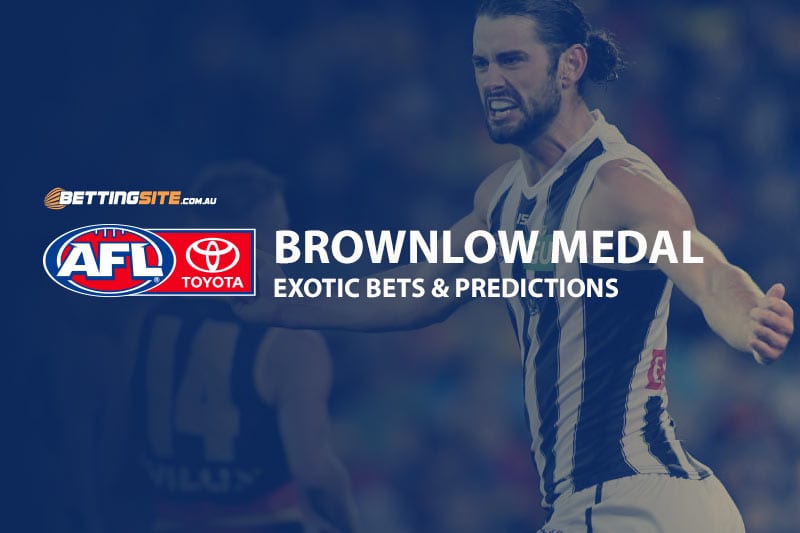 The 2019 Brownlow Medal will be the most entertaining in years with multiple players in the running to win.

There will be hundreds of players polling votes on the night, so online bookmakers have created odds for a variety of situations other than who will win the medal.

We have found some interesting bets at very healthy odds, so here are more tips for 2019 Brownlow Medal night.

Lachie Neale to poll more votes than Gold Coast @ $1.40 with Sportsbet
Neale is one of the Brownlow Medal favourites at $5.50 with Bet365 and is expected to poll around the 25-vote mark. The Gold Coast Suns were abysmal in 2019 and failed to win a match in the final 18 games of the season. It is common knowledge that players on the winning side are more likely to poll a vote, which is why Neale will outscore the Suns on Brownlow night this year.

Christian Salem to poll a vote @ $2 with Bet365
If you followed the Melbourne Demons in 2019, you might have noticed how solid Salem was in defence all season long. Although the Brownlow is considered a midfielder’s award, many players across half-back have been able to poll votes. Salem was very good in multiple games this year and stood out in a poor Demons outfit in 2019, so he should poll at least one vote this year.

Brad Crouch and Matt Crouch to combine for 25+ votes @ $2.75 with Sportsbet
The Crouch brothers led the Adelaide midfield all season long. Both players averaged over 30 disposals per game and were always around the umpires. The Crows won enough matches in 2019 to provide ample opportunity to the brothers and they should easily exceed the 25-vote mark. Matt alone will be pushing to poll around 17 votes himself, while Brad played every game this year.

Patrick Dangerfield to poll 30+ votes @ $4 with Sportsbet
Despite Tim Kelly’s rise to prominence, Dangerfield may have had one of his best years of footy. The former Crow won more matches this year than most players and played well in almost every win. The umpires delegate more votes to past winners than their teammates and the vocal Dangerfield is always the centre of attention. If you believe Dangerfield is going to win the medal at $2.85 with Bet365, then this is the tip for you.

Jack Billings and Seb Ross to combine for 25+ votes @ $5.25 with Sportsbet
The Saints did not win too many matches in 2019, but Billings and Ross were exceptional. Jack started the season off very strong and is fourth-best backed to lead after round five at $5.50 with Sportsbet. Seb was consistently good en route to a second Trevor Barker Medal and with his blonde hair, will stand out in front of the umpires. Both players will likely be the best vote-getters for the Saints and should exceed 25 votes between them.