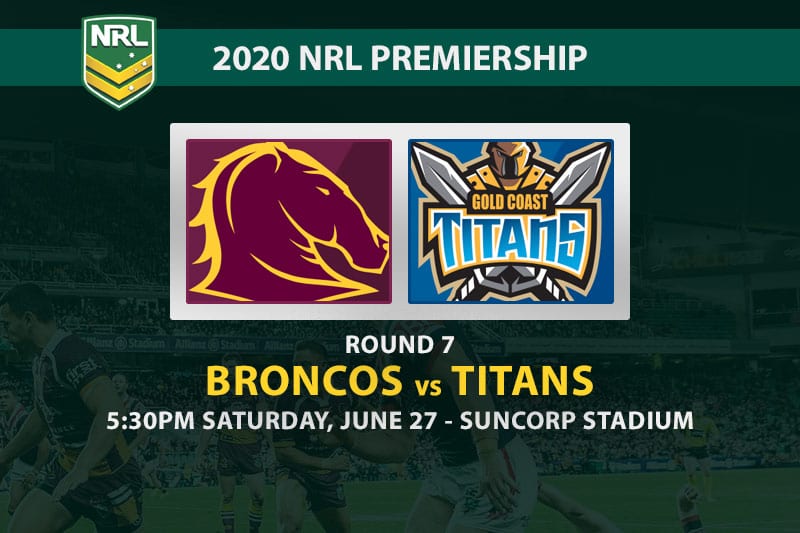 On one side you have the heavy favourites to win the wooden spoon and on the other you have a team who have lost four in a row without scoring a single point in the second half.

To illustrate how bad the Gold Coast Titans are going, most NRL betting sites have them around $3 against an opponent with that shocking form line.

Local derbies are a funny thing and often we are told to throw the form out the window. (Just look at the Dragons a fortnight ago.)

If we do look at the form, however, the short-priced favouritism of the Brisbane Broncos is warranted.

Two of those losses for the Titans were 54-0 and 34-0 hammerings, but the last time these two played was one of those days where everything clicked for Gold Coast.

Broncos halfback Tom Deardon, who is expected to get a start from the reserves, was injured early in the corresponding clash last season before the Titans ran out 26-18 winners.

One word of advice is to get on the overs for total points. Both clubs have conceded a shade more than 31 points per game over the last five rounds, which suggests the line of 41.5 should be obliterated.

Broncos winger Xavier Coates scored Brisbane’s only try last start against Newcastle, while the week before against Manly he showed a great ability to score tries in the air.

With barely a single kick going up for him last week, you can rest assured the Broncos halves will target Coates by foot on Saturday and bring him into the equation for first tryscorer at $10 with Bet365.

Best bets for Broncos vs Titans