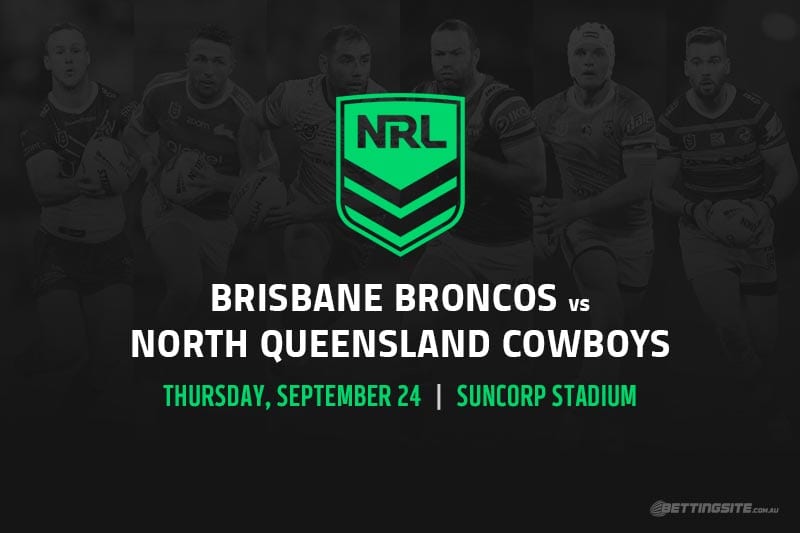 The XXXX Derby is normally one of the easiest games to sell to footy fans, but it won’t be easy to drum up interest among the neutrals on this occasion.

It’s barely believable that the Brisbane Broncos are a chance of losing 17 games in a 20-round season, and they’ve been rightly bashed from pillar to post in doing so.

The NRL’s flagship club have suffered under the glare of the spotlight, but what about the North Queensland Cowboys?

Just three years ago they made the most spirited run to an NRL Grand Final possible. Since that day they have remained stuck in the bottom four, losing 42 of a possible 63 games.

That miracle performance, led by Michael Morgan, is looking more and more like the greatest aberration in NRL history.

The only positive from this season has been the hiring of Todd Payten, who looks to be the best young coach coming through the system.

In a season where Brisbane have gone through what they have, the fact this is almost a coin toss in the head-to-head market paints an awful picture of the Cowboys.

North Queensland for a 1-12 win at $3.50 looks the safest way to go, if such a thing can exist in this game, while the under 44.5 total points is also the sensible option.

You can argue both teams’ defences are terrible, which they are, but neither mob are inspiring with ball in hand either.

As is normally the case, Kyle Feldt is the leading contender to be the Cowboys’ first tryscorer and Kotoni Staggs tops the market for the Broncos.

The North Queensland boys will do all they can to set up Gavin Cooper in his last-ever game for North Queensland, so he looks a good option at odds in the anytime tryscorer betting.

As Cooper holds the record for most tries scored in consecutive games for a forward, scoring against Brisbane should be a breeze.

Best bets for Broncos vs Cowboys