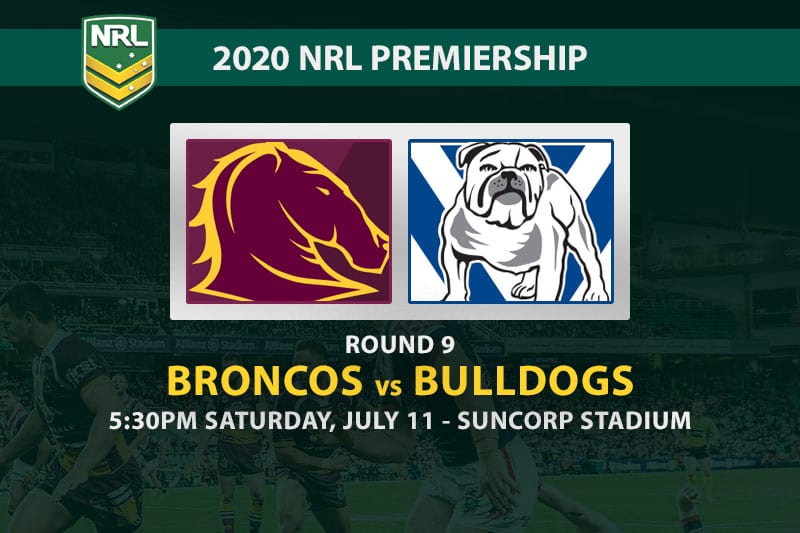 While everyone has battered the Brisbane Broncos from pillar to post, and rightfully so, they are somehow the $1.63 favourites for their home clash with Canterbury in round nine.

This is a mob who have lost six in a row and been labelled the worst team in the club’s 32-year history, but such is the low opinion of the Bulldogs they are paying as much as $2.35 as some NRL betting sites.

Brisbane’s showing against the Warriors last start showed a team full of clouded minds as they committed a series of schoolboy errors.

The Canterbury Bulldogs, for all their limitations, don’t make as many head-scratching gaffes as a bad team should; they just lack class in key positions and genuine strike power.

Canterbury have shown they can defend well for stretches, while Brisbane lack any stopping ability over multiple sets. But as both teams are substandard in attack, one would think they’d struggle to reach the over/under of 38.5 points.

How to pick a winner from this game is anyone’s guess. The home team would usually get the nod, but can anyone give Brisbane the benefit of the doubt in this current climate?

The $3.60 on offer for a Canterbury 1-12 win is a great option for those who fancy the Bulldogs. Kieran Foran should be able to generate enough attack for his side, while their hunger to get off the bottom of the ladder should serve them well here.

The half-time/full-time double of Broncos/Bulldogs at $9.50 is also well worth a thought, considering how Brisbane have blown more than one sizeable lead this season.

Knowing Canterbury will stick to the task at hand for longer periods, as well as the Broncos’ abysmal second-half scoring record, you’d have to think the lack of confidence in the Brisbane camp makes this a genuine option.

Best bets for Broncos vs Bulldogs