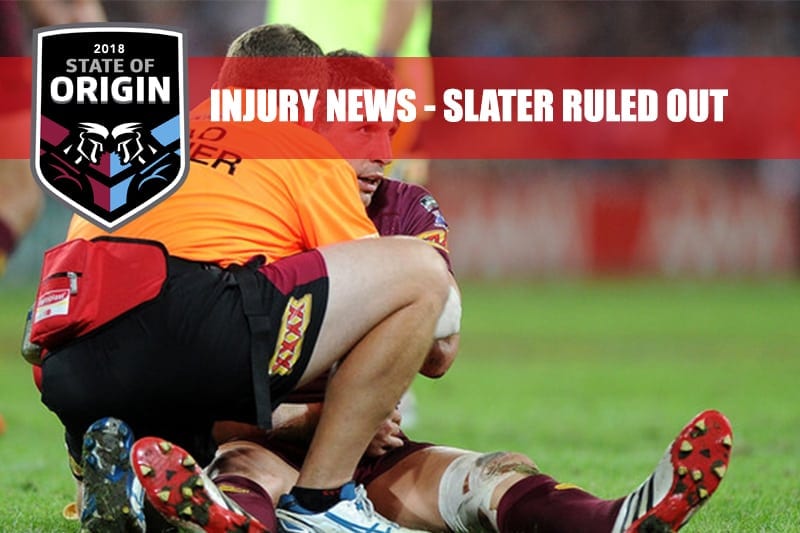 THE already heavily favoured NSW Blues have firmed even further ahead of Wednesday night’s clash at the MCG after the Queensland camp confirmed Billy Slater will not take his place in the State of Origin opener.

The Blues were $1.56 at online bookmaker Sportsbet to win Game I but have since shortened into $1.50, with the Maroons drifting to $2.70 following the omission of the Melbourne Storm full-back.

Slater stated that he was prepared to leave it until the last minute to be ready for Wednesday’s game, but did not want to deprive either Brisbane Bronco Anthony Milford and Newcastle Knight’s young gun Kalyn Ponga – who are both set to join the Queensland camp – the opportunity to mount their selection case.

“I didn’t pull up as well as I would have liked after our training run on Sunday, and because I’m not 100 per cent, it’s in my best interests as well as the team’s to withdraw from Wednesday’s game,” Slater said.

The loss of Slater has also seen the Maroons drift in the series betting.

Maroon’s coach Kevin Walters said Slater was given until the last minute to prove his fitness, but in the end the selection panel had to act in the best interests of the side.

“We’ve had plans in place to cover Billy if he didn’t come up right, and we’ve actioned that today with Anthony and Kalyn coming in,” Walters said.

“We’ve had plans in place to cover Billy if he didn’t come up right, and we’ve actioned that today with Anthony and Kalyn coming in.”

The opening game of the State Of Origin series kicks off from the MCG on Wednesday, June 6.