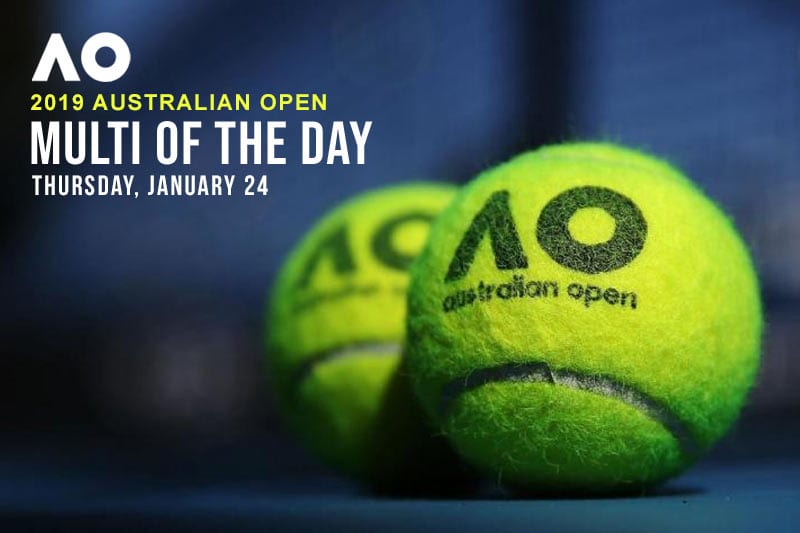 THIS is serious business now.

Roger Federer is gone, Serena Williams is out and both Australian Open singles titles are up for grabs.

Novak Djokovic and Rafael Nadal are neck and neck in the outright betting at Sportsbet.com.au as of Wednesday afternoon, while Petra Kvitova has emerged as the women’s favourite after her comprehensive defeat of Ashleigh Barty.

Will we see those big guns in action on the final weekend, or does Melbourne Park have a few surprises in store for us yet?

With no local hopes left beyond the fourth round, Melbourne’s prominent Greek community has jumped on the Tsitsipas bandwagon in a big way.

Will that groundswell of support give the 20-year-old underdog the boost he needs as he faces the biggest challenge of his career to date?

Nadal is in ruthless form and is yet to drop a set as he hunts a second Australian Open crown – and a second career slam.

Expect some fireworks here and there, but it’ll be Rafa who comes back on Sunday night to contest the title.

Collins had never won a match in any of the tennis majors when she suited up for her first-round clash with Julia Goerges.

Now the 25-year-old American is two good days away from a grand slam title after toppling the likes of Caroline Garcia, Angelique Kerber and Anastasia Pavlyuchenkova.

This is her toughest test yet, as Kvitova is in lethal form and looks hell-bent on adding AO glory to her twin Wimbledon titles.

It is hard to see anybody beating the Czech star right now.

This is far and away the most difficult of all the semis to pick.

Pliskova pulled off a comeback for the ages on Wednesday, rallying from 5-1 down in the final set to stun Serena.

Then you have Osaka, who blew Elina Svitolina off the court to reach the semis at Melbourne Park for the first time.

It is almost a coin flip, but last year’s US Open win might just give the 21-year-old Japanese star the slightest of mental edges in this must-watch encounter.