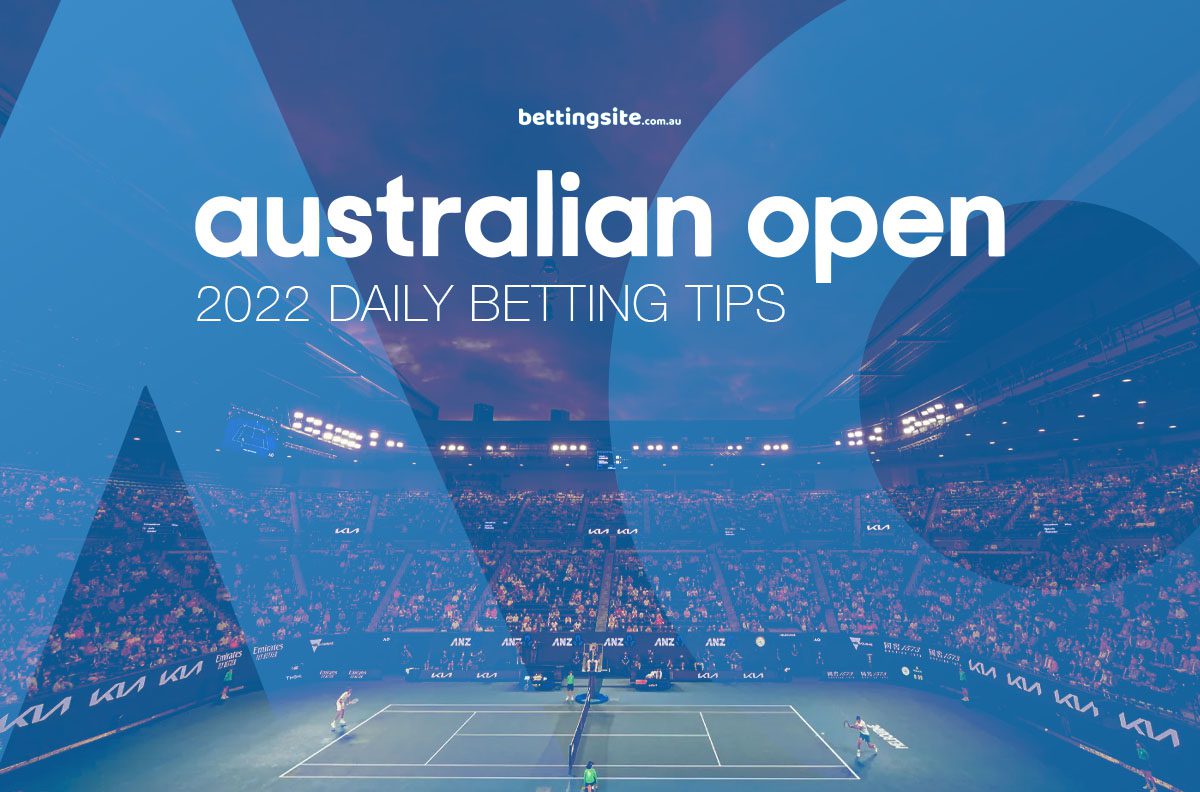 The quarter finals of the 2022 Australian Open will kick off this Tuesday in Melbourne, where the best men’s and women’s singles competitors continue to battle the heat on the world stage.

As has been the case for the last few days at Melbourne Park, the temperature will once again surpass the 30-degree mark, which will heavily impact the players in their fifth match of the tournament.

Australia’s Ash Barty currently leads the 2022 Australian Open outright betting for the women’s singles, sitting ahead of the pack at just $2 to take out the tournament. In the men’s singles, Rafael Nadal ($3.30) trails only Daniil Medvedev at $2 with Sportsbet.com.au.

One of the biggest upsets to come out of the fourth round was Denis Shapovalov’s victory over Alexander Zverev, as the left-handed Canadian overcame the world no.3 in straight sets.

Rafael Nadal also got through to the quarter finals in straight sets, although his clash with Adrian Mannarino lasted two hours and 40 minutes following a very long tiebreaker in the opening set.

Although Nadal is one of the title favourites with online bookmakers, he is every chance to fall this Tuesday against Shapovalov, who defeated Nadal back in 2017 at the Canadian Masters.

The outcome of this match could go either way, in our eyes, which is why we recommend taking Shapovalov with the 4.5-game handicap.

This will be the second time Gael Monfils and Matteo Berrettini meet in a Grand Slam quarter final, as they previously faced off in the 2019 US Open. Berrettini was the winner on that occasion, getting up in an eventful five-setter in which either player could have come out on top.

Monfils is a creative and intelligent player who will try to force his opponent to make uncharacteristic mistakes. But as we saw in Berrettini’s match against Pablo Carreno Busta, where he was able to shake his early errors and win the match in straight sets, there is a certain maturity about the Italian’s play these days.

Although Monfils has not dropped a set thus far in the tournament, we do not think he can overcome the in-form Berrettini. The world no.7 should win this match and thus progress to a Grand Slam semi final for the second time.

Barbora Krejcikova is a very talented player hailing from the Czech Republic, as the women’s world no.4 has dominated the singles and doubles circuit. Krejcikova currently occupies the no.1 seed in this year’s Australian Open doubles, where she has already advanced to the third round.

America’s Madison Keys has already beaten two very strong opponents on her way to the last eight, knocking out world no.11 Sofia Kenin and world no.8 Paula Badosa.

These two competitors have never faced off on the court. Krejcikova’s rapid recent improvement in singles play culminated in the 2021 French Open title, while Keys has reached the last four – including the 2017 US Open final – at every major except Wimbledon.

Expect a tight match at Rod Laver Arena that goes into a third set and eclipses 23 total games.

Australia’s favourite daughter will return to Rod Laver Arena this Tuesday night as Ash Barty looks to take down Jessica Pegula and advance to the 2022 Australian Open semi finals.

Pegula is no easy beat as she took down Maria Sakkari in her most recent bout, eliminating the world no.8 in straight sets.

The last time these two met on the court was back in 2019, which resulted in a 2-0 win to Barty in the first round of the French Open.

We correctly tipped Barty to take out Amanda Anisimova in straight sets in the fourth round, so we are going to double down and back in the world no.1 to repeat that effort this Tuesday.