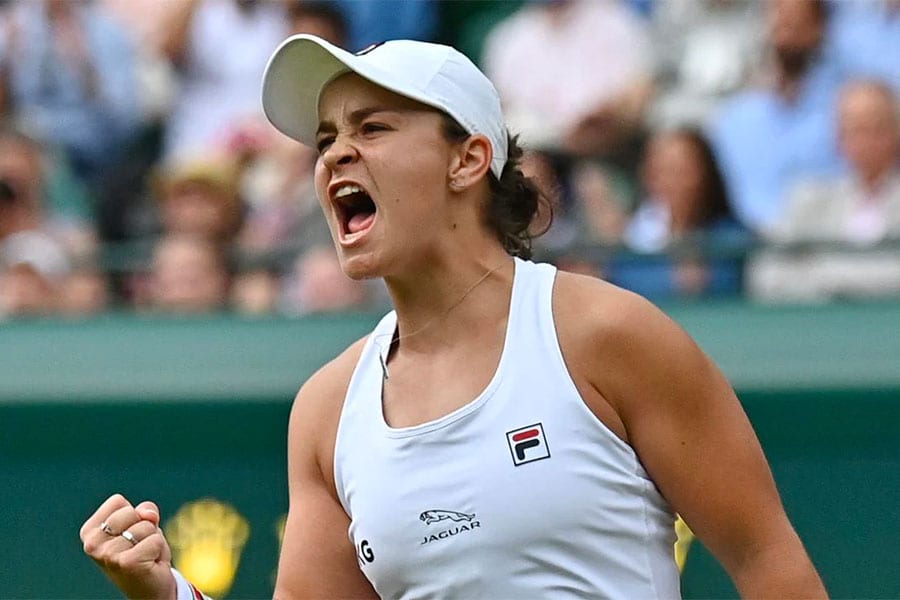 All four of the ladies playing in Thursday’s Wimbledon semi-finals won their quarter-final matchups in straight sets. After a handful of upsets and shaky performances dominated the conversation in the early stages of the tournament, it is great to see four talented players in top form heading into what should be a great day of tennis. Here are our Wimbledon betting picks for the two singles matches on Thursday’s card.

Ashleigh Barty has had a fantastic career to date and is the no.1 women’s tennis player in the world with 11 singles titles including three this year. But despite her successes on the WTA Tour, Barty has only advanced to the final of a major tournament one time, when she won the French Open in 2019. Barty has scored four straight two-set victories at Wimbledon and is in excellent form ahead of what will be her toughest test in the tournament yet.

Angelique Kerber looked sensational in her 6-4, 6-4 win over Coco Gauff in the round of 16 and her 6-2, 6-3 victory over Karolina Muchova in the quarter-finals. The 2018 Wimbledon champion has been playing elite defence throughout the tournament, and that could give Barty’s versatile offensive skills some trouble. These two have met four times on hard court and have split those matches with two wins apiece; this is their first meeting on grass.

If we were betting purely on who we think will win, we’d side with Barty; she’s been getting better with each passing round and will be extremely tough to beat in her current form. But from a value perspective, it’s tough to pass on Kerber. She’s been playing exceptional tennis as well and is far more likely to pull off an upset than her betting odds suggest. We’ll take Kerber in a match likely to go the distance regardless of who comes out on top.

Aryna Sabalenka has been known to blow up in major tournaments in the past, and a red-hot fan favorite like Ons Jabeur would have been the type of matchup to give her fits in other events. But not this year; Sabalenka dominated play in a 6-4, 6-3 win and was strong both on her serve and in her return game. The 23-year-old had never advanced past the fourth round before this run at Wimbledon.

Karolina Pliskova has won all five of her matches at Wimbledon thus far in straight sets, including a crushing 6-2, 6-2 win over Viktorija Golubic. Pliskova will get a sharp uptick in challenge in this round as Sabalenka will be her first ranked opponent thus far in the tournament. Sabalenka has defeated Pliskova in three sets in each of their previous two encounters, though both of those came back in 2018.

Betting on this matchup really boils down to whether or not you trust Sabalenka not to deliver a dud performance. Pliskova has been rock-solid all tournament and will take advantage if Sabalenka falters. We like what we’ve seen thus far from Sabalenka, though, and her best effort will be enough to advance to the Wimbledon final for the first time.