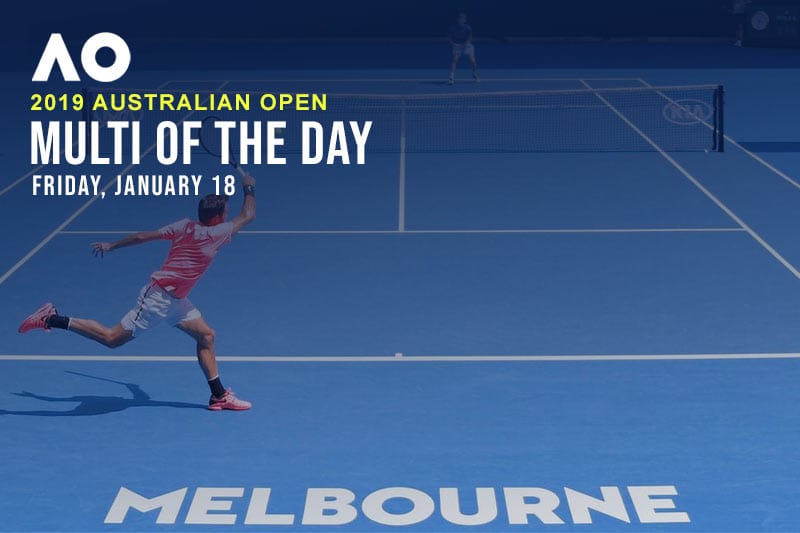 THE locals will have plenty to cheer about on day five of the 2019 Australian Open.

Ashleigh Barty takes on the unseeded Maria Sakkari and Kimberly Birrell faces a monumental task against Angelique Kerber in the third round of the women’s singles.

Things are even tougher for Alex de Minaur, who survived a five-set slog on Wednesday night only to run into Rafael Nadal.

The draws are starting to open up a little as we enter the middle weekend, so we should be able to dig up some value at Australia’s top tennis bookies.

Berdych is playing true to form so far at Melbourne Park.

The Czech veteran breezed past Kyle Edmund in the first round and backed up with another straight-sets win over Robin Haase.

Schwartzman has endured a much more difficult start, playing a combined nine sets in battling wins over Rudolph Molleker and Denis Kudla.

The Argentine might have the ranking, but Berdych rarely loses in the first week of the Aussie Open and looks the goods.

These two have not met on tour since 2013, when Stephens triumphed over three sets at the Cincinnati Masters.

The American has started the tournament with a pair of straight-sets wins, although Timea Babos put up a much bigger fight than the numbers suggest.

Heather Watson and Marketa Vondrousova proved no match for Martic, who is looking to better last year’s run to the fourth round.

Both players are in decent touch, but Stephens has the edge in credentials and class.

Few players have survived tougher starts to a major than Bautista Agut has this year.

After taking five sets to best an emotional Andy Murray, the Spaniard went the distance again in his second-round clash with John Millman.

Khachanov dropped a set to Peter Gojowczyk in the opening round, but there were no issues in his 6-3, 6-3, 6-3 win over Yoshihito Nishioka.

Although Bautista Agut has a 2-1 advantage in the head-to-head stakes, including a win in their only meeting on hard courts, Khachanov’s fresher legs should settle this one.

These two have a fascinating head-to-head record.

Sharapova has won a six of 10 meetings, but the last of those was nearly four years ago at the Madrid Masters.

If we only consider outdoor hard courts, the ledger stands at three wins apiece.

Wozniacki is the defending champ and has done little wrong in her first two matches, but Sharapova is moving well and offers very good value.