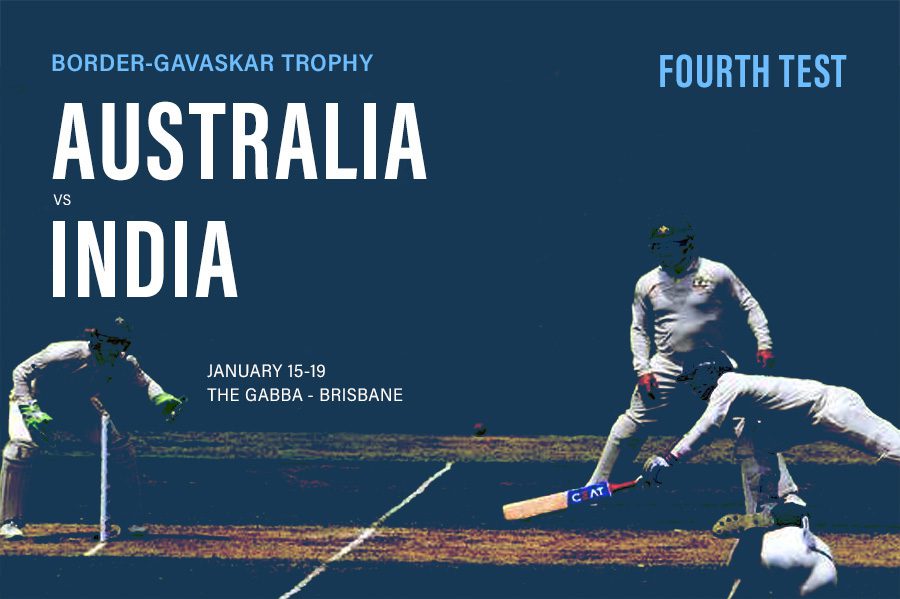 There is drama everywhere you look in the lead up to the fourth test between Australia and India, which will decide the Series no matter the result.

The Aussies must overcome the Indians in order to regain the Border-Gavaskar Trophy, which will be retained by India with either a win or draw.

Both sides are struggling with injuries leading into the final test, meaning there could be a handful of team changes and selection surprises.

The situation is not terrible for Australia, who have ruled out Will Pucovski with shoulder subluxation, which he suffered during a desperate lunge in the field.

Harris has been fantastic at Sheffield Shield level, waiting the entire series for his chance to play, and there’s a chance he could even fill in for David Warner, who is also still hurting from his groin injury.

For India, the injuries are far worse, as Jasprit Bumrah, Ravichandran Ashwin, Ravindra Jadeja and Hanuma Vihari are all in doubt.

Vihari tore his hamstring and continued to bat for India during their inspirational third Test, but he won’t join the team in Brisbane, while Jadeja is unlikely after dislocating his thumb.

Bumrah suffered an abdominal strain while fielding, leaving him ruled out of the deciding Test, while Ashwin fought back pain during the third Test and could be forced out.

Considering the Indians will struggle to field 11 players and the Australians have not lost a Test at the Gabba since 1988, it’s going to take another massive effort from the Indians to close out the series.

Langer is backing in the Aussie quicks to front up despite the short turnaround between Tests, but Michael Neser is still in the shed to make his debut if any of the bowlers need a rest.

We have been more than impressed with the start to Gill’s career, who is yet to score less than 30 runs in an innings coming up against the ruthless Australians. Although his debut Test went smoothly, we liked Gill’s ability to back it up again in his next outing, posting his first career 50 in just his second match. Gill is playing more shots and looks more comfortable at the level, which is why we think he will surpass 30 runs in the first innings.

Even though some critics want Starc out of the side, we know he has a great record at the Gabba and should return to form. Having taken three or more wickets in three of his last four first innings at the Gabba, Starc is an extreme threat in Brisbane. Starc is sixth all-time when it comes to wickets at the Gabba, with a chance to jump to third if he can dominate the injured Indians.

The Aussies are confident they should topple India in the final Test with their Gabba expertise. Pat Cummins has taken 19 wickets in just six innings at the ground, while everyone should get up for Nathan Lyon’s 100th test, where he may take his 400th wicket. Be sure to check the odds with Australia’s best online bookmakers, before backing the Aussies to win, because you may find better odds.